As a trading pattern, the preferred way to trade the evening star is when it appears in the bullish upward swings of a downward trending market.

To trade this pattern we look for some strength markers to determine the likelihood that sentiment is turning bearish.

How to spot an evening star pattern

This 3-candlestick pattern follows the characteristics of a faltering bullish trend. The first candle is a long bullish (white) candlestick – this often represents the end of an upward wave in the current trend. 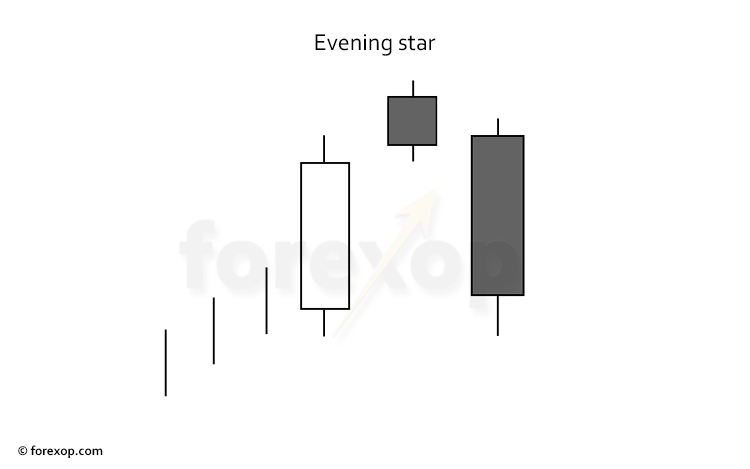 Figure 1: Evening star patterns can signal the end of a bullish trend © forexop

This is followed by a much shorter middle candle that may have a long upper and lower shadow. The middle candlestick can be either black or white.

The important point to observe with the middle candle is that the body length should be much shorter than the first candle. Sometimes the body of the middle candle will be entirely flat in which case the pattern is known as an evening star doji.

The pattern completes with the third trigger candle. This should be a black (bearish) candlestick. To complete the Λ-shaped reversal pattern, the third candlestick should close at least ½ to ¾ of the distance below the top of the first candlestick.

On the daily chart, stock traders will often look for a gap between the close of the middle candle and the open of the black candle as an extra “bearish” confirmation. Although in round-the-clock markets such as forex this condition is usually relaxed.

Strength of the pattern

Not all patterns are the same quality and for this reason it pays to look for additional information. Firstly, we look at the immediate uptrend.

Position: To be significant the evening star needs to appear as the highest point on the most recent uptrend. That is the middle candle should be the high point in the recent time period. If the market preceding the pattern was flat or if the pattern appears on a minor upward wave the signal is far more ambiguous.

The first candle: The other point to keep in mind is the overall size. The first candle should be large relative to those just before it. This means there was a wide price range that’s characteristic of a trend top. This suggests late entrants are pushing the market higher – often on thin volume – and into oversold territory.

The middle candle: The middle candle represents indecision. The market has pushed too high, too quickly, and there hasn’t been enough time to consolidate the gains. The narrow body suggests that supply/demand is evenly split and the upward momentum is temporarily exhausted.

The third candle: The pattern only completes when the third candlestick is fully formed. Most traders don’t act until this point because the risk is that a bearish candlestick can and often does turn bullish late on.

Additionally, the third candlestick might have a long upper shadow. This adds more weight to the signal because it suggest that the bulls were unsuccessful in pushing the market higher because selling pressure was greater than demand.

The bearish candle may sometimes completely engulf the preceding two candles. This is taken as a stronger bearish indication. In these cases the market will often retrace back upwards in the next few candles before falling again.

What does the evening star pattern really mean? 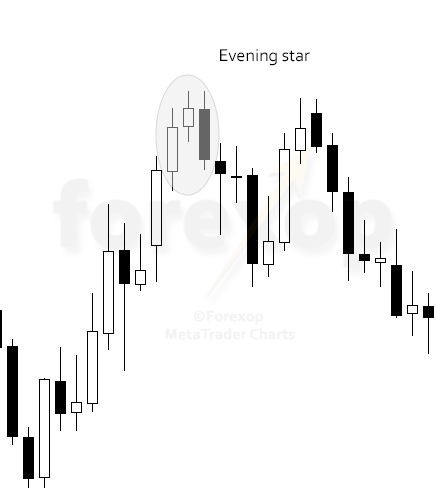 As an example Figure 2 shows a typical evening star formation. This chart shows a medium term bearish downtrend on the daily chart (EUR/GBP). Though the pattern itself appears as an upward wave “tops out” and the market starts to fall again. This chart forms a double top pattern.

This second example shows an evening star doji. The formation is the same with the exception that the middle day is marked by a doji. This means that the price never made any headway. 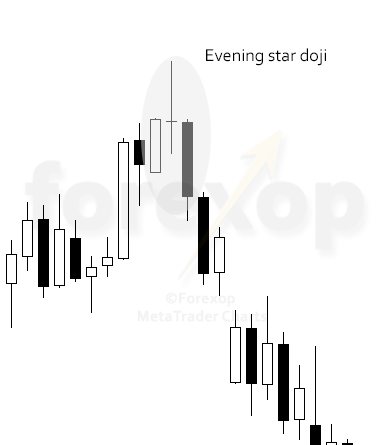 On the middle day, the price had a very significant range as marked by the long upper and lower shadow of the doji. This again is highly suggestive of the trend topping out. The third bearish candle nearly engulfs the previous two candles, and this again is indicative of some heavy selling pressure.

When to trade an evening star pattern

An evening star formation is an early warning sign that an upward trend could be running out of momentum. Like other candle patterns, it isn’t necessarily a sign of long-term market direction.

The pattern is mostly used for tactical swing trades – that is, entering short positions or closing/reducing long positions.