Home Trading
Market commentators use the words overbought and oversold quite loosely. You will hear an analyst say for example, “EURUSD remains oversold this morning as the euro comes under strong selling pressure….” 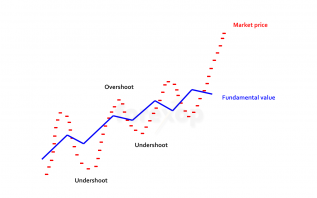 This statement is quite subjective. It could also be confusing to a trader who’s looking at a chart on a different timescale where the picture might be very different.

Overbought and oversold have come to be a throw away statements; the same as saying that the market has moved up or down some range without any reversal. Something this vague is of limited use to a trader.

What we really want to know is whether or not the current price is justified.

If the market is pricing in new information that justifies a higher/lower valuation then it might not be overbought or oversold at all. It is moving to the new price as it should.

For that reason, when trading on overbought-oversold indications we need to “dig out” the reasons behind the move as well.

Why do markets become overbought or oversold?

If markets were completely logical and responded only to hard facts we’d see them moving more or less in straight lines with a few jumps here and there when new information arrives.

Of course in the real world they never work like this. The valuation of currencies, stocks, bonds and most other assets is open to interpretation. Crowd behavior also helps push markets to extreme levels in the search for the “right price”. 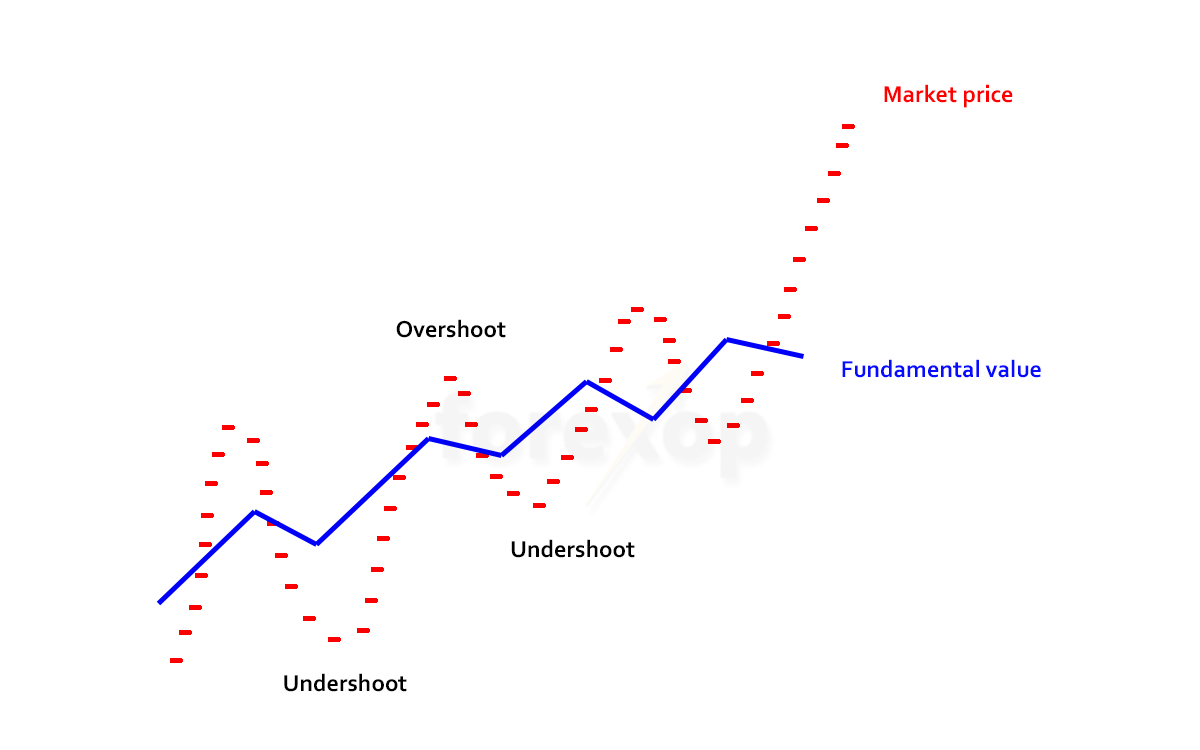 What is fair value?

By and large markets are pretty good at getting close to fair value most of the time. Extremes tend to happen at times of rapid changes. At these times fair value and market value are not the same. They can be wide apart.

This is when a market is oversold or overbought in the sense that it’s an event that can be traded for profit. The more volatile and less liquid the market is, the bigger these swings around the real value can be.

This is displayed in Figure 1.

Before trading an overbought/oversold market we should always try to find the reason for it getting into an extreme state in the first place. It might take a bit of investigation but this knowledge allows us to better understand if the new level is warranted and anticipate what may happen next.

The most common reasons are:

All of the above situations can happen in forex markets. Some actually happen on a daily basis. Though these might cause the market to overshoot or undershoot in a trivial way.

When a market is less liquid (fewer buyers/sellers), even for a very short time, it is far more likely to reach an extreme state. Trading on these events can be very profitable – providing the timing is right.

Liquidity black holes can cause enormous price movements in a short time. So can mass hysteria but these events can last for a long period of time – sometimes years. Both are special situations that need careful analysis.

Do currencies always snap back after becoming overbought or oversold?

When currency pairs reach an oversold or overbought state, there’s evidence that they have a higher than normal chance of pulling back the other way shortly afterwards.

This effect can be measured on most of the major pairs and many of the minors as well.

The table above shows the percentage of times that a correction happened after the market reached an overbought or oversold level. This was measured by distance from the long EMA line and the MACD oscillator. The data covers the past decade and is from the H4 chart (four hour).

With EURUSD for example, when the market became overbought, 55.9% of times it moved down again in the same period afterwards. In 54.9% of cases EURUSD moved higher again immediately after becoming oversold.

What this test proves is that most currencies do show evidence of pushing back the other way after reaching overbought or oversold levels. The strength of that push is often proportional to the amount the market is oversold or overbought in the first place.

How do you spot an overbought/oversold market?

On the buy side, traders often assume a market is oversold when it isn’t. The opposite is true of sellers. This is a case of seeing what you want to see.

When a trader enters too early, what can happen next is that the market extends further and further against their position until they are forced out – often just before the real correction happens.

To avoid this, there are a few things we need to look out for.

Watch the trend and look for developing weakness

While there are many indicators out there that will do the job, nothing beats inspecting the chart yourself to get an idea of what is going on.

What we are looking for are signs that weakness is developing. Here are a few pointers:

None of the above is consistently reliable on its own. But looking together gives a clearer picture and allows you to get a feel for if the market is heavy on one side or the other.

Waiting for a trigger

When markets are deeply overbought or oversold they’ll often need a catalyst to bring them back to an even keel. This change in sentiment might come from a news release, analysts’ report or some other announcement.

Often the catalyst can just be a market close – like a weekend or a public holiday. This break gives traders and analysts time to digest the current state of affairs. After digesting the facts away from the desk they then realize the valuations don’t feel quite right. Sentiment changes dramatically as the market reopens.

Buy the rumor, sell the fact

If good or bad news is anticipated by a few in the know, the price will start to adjust shortly before the official release. This is the old rule “buy the rumor sell the fact” in action.

We can look out for these situations and trade on them because they’re a fairly common feature. When the market starts to rally prior to an announcement, many others who don’t have any insider knowledge will jump in blindly hoping to make a quick profit.

This can push the price to a more extreme overbought-oversold level. This raises the odds of sharp pullback after the news officially breaks, which we can trade on.