Home Trading Psychology
When dealing with complex trading algorithms and techniques, it’s easy to forget that we are human beings. Whether we like it or not, we are emotionally attached whenever we have money vested in the markets.

While we can put automated systems that pull the trigger in place, we still have to live with the consequences.

One of the biggest challenges we face is keeping our emotional state of mind in check and preventing it from following the path of least resistance. A good amount of evidence shows that the easiest path is generally the “crowd response” and the one most likely to result in a negative outcome.

And although our emotions cannot be detached from our decision-making, we can try to understand how emotions can influence our thoughts and behavior.

Here are some of the mental and emotional challenges we all come up against when trading in financial markets.

Challenge 1: Dealing with a losing position

No matter how diversified and well-tested a strategy is, there will always be times when it’s sitting in the red. When losses start to grow, the emotions will distort our perspective on reality.

The brain releases cortisol, a stress hormone that interferes with thought, memory, and rational decision-making. This process is very subtle and happens below the level of conscious awareness.

Humans are biologically motivated to avoid losses, so it isn’t surprising that this is especially testing on our psyche. The path of least resistance is to cut the pain as quickly as possible, regardless of what happens next.

Being too emotionally invested in every transaction on your account doesn’t bode well for long-term success – or your health, for that matter.

Anyone who finds themselves stressed out or losing sleep over movements in their account is probably over-exposed to the market. They have too much at stake relative to their wealth.

One of the biggest myths about trading is that somehow successful people must have an intuitive flair for second-guessing markets and that this is impossible for others to replicate. 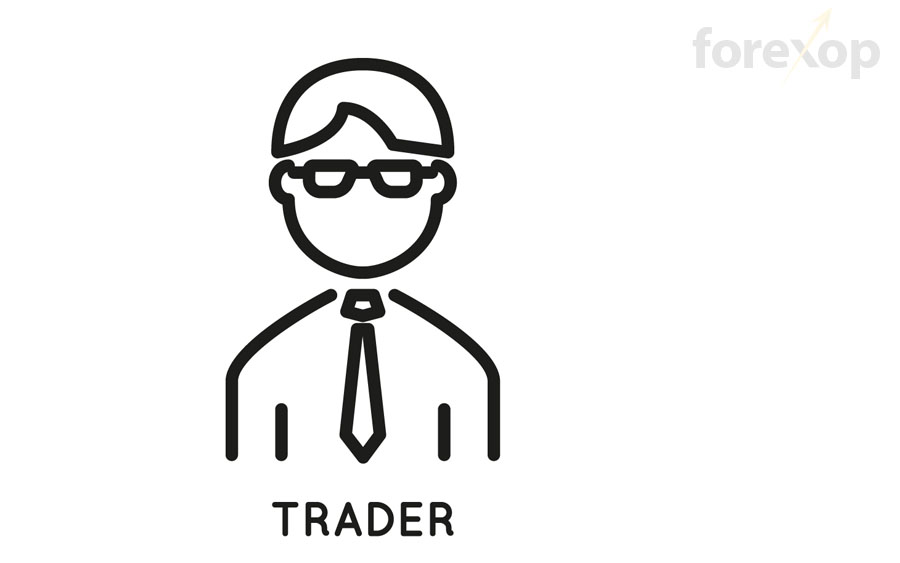 This assumption is wrong.

Traders who make money consistently are not achieving success by one, two, or three winning trades. Or even a month of winning trades. They win because they have a tried and tested system in place, which has a known outcome for the amount of risk being taken.

Over time the system can create a positive return for every dollar it uses as working equity.

For example, it might only be a monthly return of 1 cent per dollar. It doesn’t really matter. What’s important is that it has a positive return on equity over time.

The difference between the pro and the amateur is that the pro looks for a long-term return on capital invested, whereas the amateur treats each trade as an individual bet. This lack of system carries a heavy personal attachment if things go wrong, as they often do.

Challenge 3: The temptation to take money off the table

There’s always an urge to grab profits while they’re there. After all, the market could turn, and those greens could quickly turn red.

Human beings are naturally biased toward loss aversion. Experiments have proven that given a reward or loss of equal size, we feel the pain of the loss as being greater than the joy of the reward. This is not an emotion that’s easily shrugged off, either. It is so ingrained in all of us that it has been traced back to primates.

Be cognizant of loss aversion and try to resist the urge to take money off the table as soon as it’s there. Cutting winnings too early can sabotage a strategy and prevent it from realizing its potential.

How often have you heard a colleague or friend say something like this? “I could have invested all of my money in Microsoft shares when they were 10 cents and sold them at 100 dollars.”

Trader’s regret is that emotion felt when you could have bought but didn’t. It’s an acute emotional pain felt as a fear of missing out (FOMO) mixed with the remorse or anger of not acting on an early hunch.

The regretful trader usually sits back, brooding and fuming that the market is moving without them, and often telling everyone about it.

This emotion is highly destructive to the individual it affects and does influence rational thought. It’s an emotion so powerful that it can drive markets to unsustainable levels and has created enormous asset bubbles.

But it’s also just that; an emotion and not reality.

With hindsight, it’s easy to look back and think that we had all of the facts at hand that we know now. But this isn’t the case. There was probably a good reason why we didn’t make that trade in the first place.

For every Microsoft, thousands of other IPOs went to the wall after just a short time. Many investors lost a fortune backing these failures.

Accept that nobody can see into the future however much they’d like to. We make decisions based on the facts at hand and in the present.

Challenge 5: Accept that you cannot control the market

One of the best lessons to learn early on is that you cannot control the market. Successful money managers do not spend their time watching every price tick on a computer screen. It isn’t productive to them because it is not something they can influence.

Moreover, micro-analyzing the market has other negative behavior consequences. By watching every tick, your emotional mood will swing according to whether the market is going for or against you.

As well as being highly stressful, which is terrible, this emotional rollercoaster will often develop into poor judgment.

Market watching can cause a trader to make rash decisions, such as closing a position too early if the price is going against them. It can trigger panic/fear responses such as capitulating out as the market bottoms (or tops).

When crowd fear is reaching a peak, this is typically the worst time to exit and when losses will be greatest.

On the other side, being glued to the screen all day can lead to over-optimism when things are going well. This routinely leads to taking on too much risk when the market is being kind to us.

Instead, use the time to research the factors that influence markets rather than relying on intuitions and guesswork. Or analyze your trading plan and see how it can be improved.

Even so accept that you can do all of the analysis in the world and do everything possible, but sometimes the market won’t go in the direction you expect it to. Accept that there are always circumstances that cannot be foreseen.