What is a Counter Attack Line?

A counter attack line happens when there’s a price gap between the close and open of two sessions. The “counter attack” fully reverses the gap taking the price back to the close of the previous session.

A bullish counter attack line happens in a downtrend when a black candlestick is followed by a white candlestick that opens at a new low but then closes back at the close of the black candlestick. For this to happen, the market must gap sharply lower at the open but then rally to regain ground and close again at the same level. 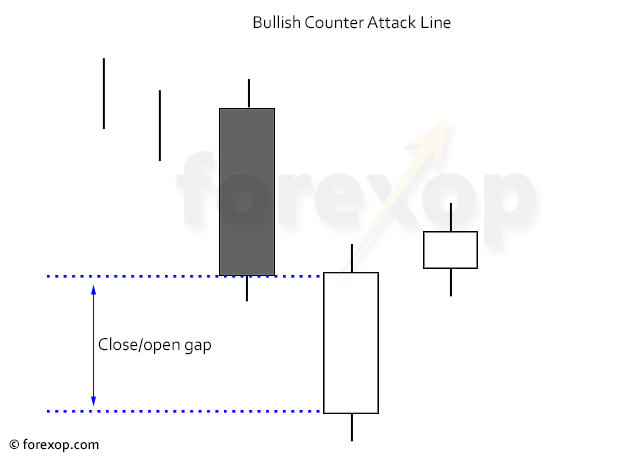 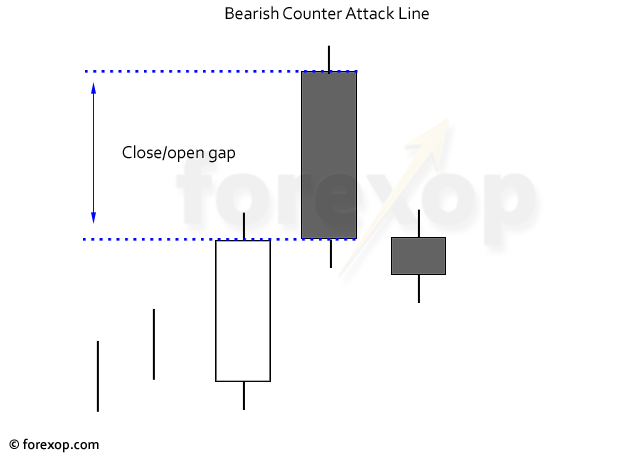 Reliability of a Counter Attack Line

A counter attack line is seen as stronger if the candles producing the pattern are long relative to the others around them. This is especially important for the second or counter move candle.

Counter attack patterns with small, doji-type candles are routinely filtered out as noise. 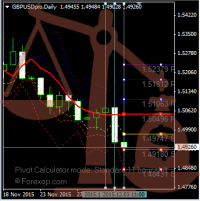 This Metatrader chart indicator will keep you aware of pivot lines of support and resistance. It will work on any time zone and alerts you when the price is near a pivot area.

Normally counter attack lines only appear when there’s a time interval between the close of the first candle and the open of the second. Though they can appear when a price is moving quickly, for example on the publication of relevant news.

Trend indicators, like moving averages, and oscillators don’t analyze open and close price action. For this reason counter attack lines are easily missed without the use of candle analysis software. On first sight a counter attack can look like it is moving in the direction of trend .

Both types of counter attack line can suggest a sudden change in sentiment; this is why traders take careful note of them when looking for signs of trend reversals.

The opening move means that there’s a strong wave of buying or selling, which is enough to gap the opening level significantly higher (or lower).  But this creates an equally strong counter move on the sell-side (or buy-side).

In this pattern, the counter move, or counter attack line is suggestive of the new trend direction.

This is because the initial move, in the direction of the trend, is assumed to have been initiated by less informed traders who’re buying at the top, or selling at the bottom of a trend. The “counter attack” or fading is presumed to be from more informed traders, who’re selling the top or buying the bottom.

A counter attack signal is more relevant if it coincides with other signals that show the trend is overbought or oversold, for example when divergences are present.

How to Trade a Counter Attack Line

This first example is of a bullish counterattack line that’s developing in GBP/USD. 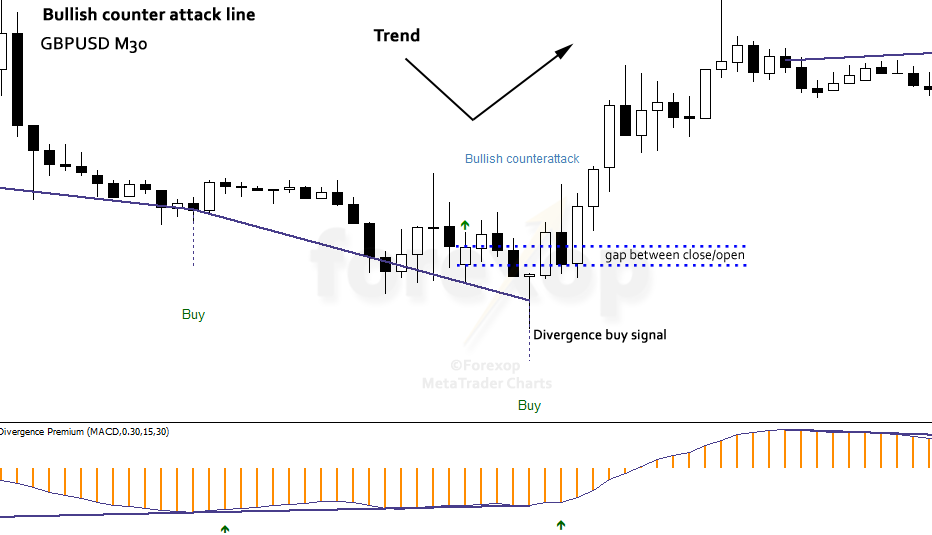 The counter attack candle is marked with the green up arrow. The signal triggers when the bearish, black candle is followed by the “gapping” white candle. At that point the trend is bearish.

This counter attack also agrees with a bullish divergence that appears either side of it and is marked on the chart. This gives additional support that sentiment is turning from bearish to bullish.

To trade a bullish counter attack:

Place the stop loss below the low of the white candle, and at least far enough away not to be triggered by whipsaw that’s likely to appear at a trend bottom. See this page for calculating an appropriate stop loss distance.

If the bullish trend develops further, increase the position size, within due risk limits. If appropriate, trail the take profit higher and stop loss higher as the trend progresses higher.

To trade a bearish counter attack: 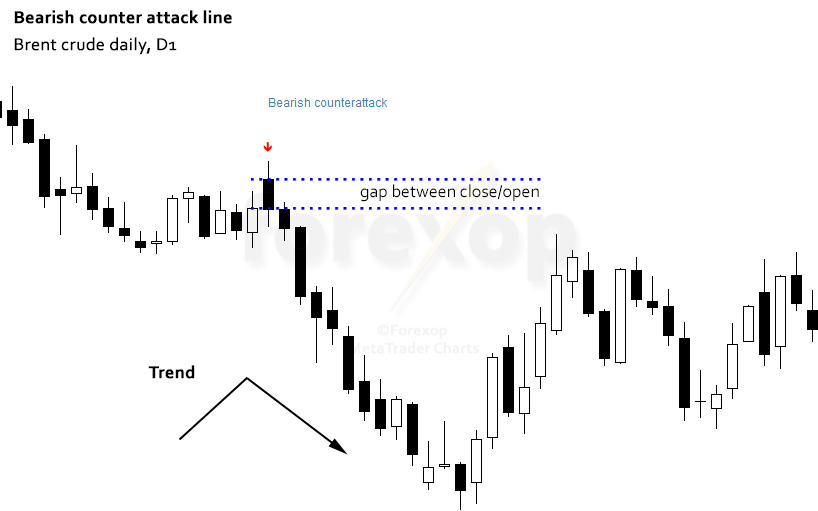 Figure 4 highlights a bearish counter attack line emerging in Brent crude oil. In the daily chart a bearish trend is already establishing. A short-lived bullish retracement lifts the market higher for a time.

The rally ends with the counter attack signal, marked on the chart with the red down arrow.

This counter attack presents a lower risk trade because the bearish trend is already established and therefore the sell occurs in the direction of the trend.