What Is a Bullish Cup and Handle?

The easiest way to recognize a cup and handle is to look for the distinctive wide rounded bottom. The rounded bottom or cup usually has lower volatility than the surrounding chart. It is made up of smaller candles than the rim and the handle of the pattern as these are often more volatile.

The cup should be roughly symmetrical with the two sides of the pattern at nearly the same level. The handle part is a smaller, usually about one third to one quarter of the size of the cup.  The handle should not dip below about fifty percent of the depth of the cup.

While the entire pattern should exist in an uptrend, cup and handles can arise after a flat period, or even a brief correction.

The pattern ends when the handle reaches the same level as the highest point of the cup. If the resistance line at the top is broken, there is a good chance that a bullish breakout will ensue and the bullish trend will continue.

The cup and handle is a consolidation pattern. It signals a brief pause in the trend.

This pattern is likely to appear when the market is in an indecisive phase as a rally pauses and consolidates. Buyers are taking a wait and see approach, but there is not enough selling volume to push the price to a deeper correction.

The top of the cup will usually develop into a zone of resistance. The handle forms as the price reaches the resistance area a second time, and makes a smaller correction.

How to Trade the Cup and Handle

First, confirm that the cup is not the start of a new bearish reversal. Warning signs are: 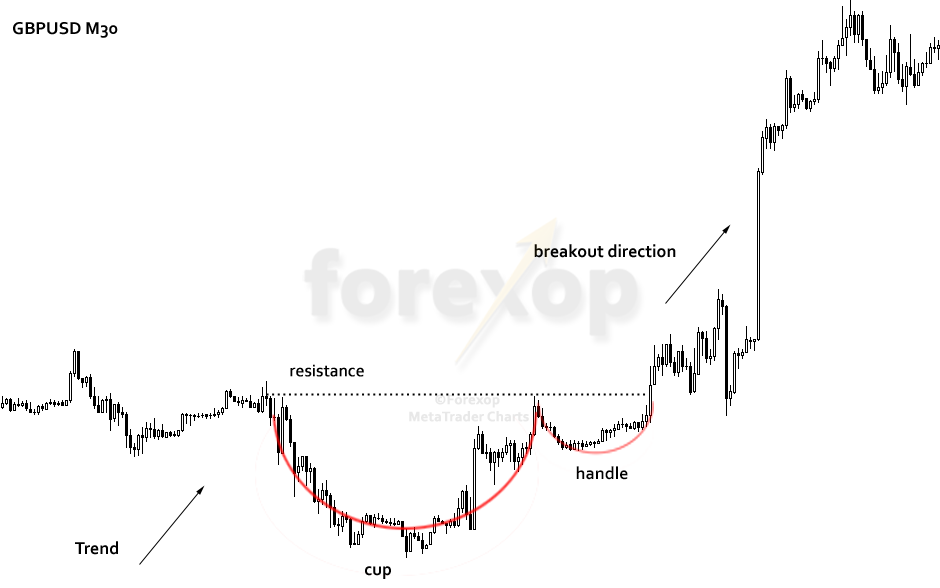 Figure 2: Example of cup and handle, with bullish continuation © forexop

To trade the cup and handle, wait for the price to break the resistance line at the top of the pattern (the cup rim) for the first time. Next, wait for the second pullback to confirm that the chart is forming a handle.

Enter a pending buy order to activate at a price just above the main resistance line. Set the order to expire if the price does not reach the entry level within a time limit. The time limit will depend on the chart’s period, but it should be no longer than about half the time taken to form the handle.

If the breakout passes off, the pending buy order will fill otherwise it will expire unfilled.

In cup and handles, as with other breakout setups, the price might make several false breaks and possibly reverse for a while. If the stops are too close, the trade can close on a loss, even if the breakout eventually goes in the right direction.

The stop prices should be set to allow for some volatility around the breakout. As a guide set the stops no lower than the lowest part of the handle. If the price descends below this, the chances are sentiment is still bearish and more falls are on the way.

Grow the position by adding new orders if the breakout expands and shows strength. With this technique, the profit is realized only when the trend pulls back enough to trigger the stop losses.