Home Technical Analysis Candlesticks
A tweezer bottom is rather weak bullish reversal signal. But it can be useful when viewed alongside other indicators.

What is a Tweezer Bottom Candlestick Pattern?

The widest classification of the tweezer bottom is simply where two adjacent candlesticks touch the same new price low.  That is, the lower shadow of the two candlesticks should be near identical.

A tweezer-bottom forms as the price reaches a low in a downtrend and stops. To be valid the tweezers need to create a bullish reversal. This typically means that the first candlestick is black and the second white. But this isn’t always the case. 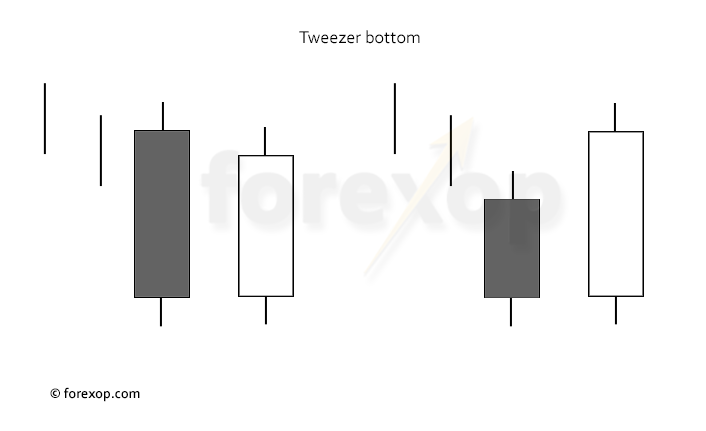 When the shadows reach the same low, the bottom line of the two bars can be different. However in forex chart as with other round-the-clock markets when a white follows a black candlestick they will normally be the same unless the market closes between the open and close.

If the second candlestick gaps down or up significantly this wouldn’t be a tweezer but more likely another pattern.

The tweezer is seen as a stronger pattern when it reaches a deep penetrating low in the trend. Other factors that enhance the strength are if the white candlestick fully engulfs the black. When this happens the pattern is also a bullish engulfing.

Equally, the reverse of this can also be a strong signal. This is where the first is a long bearish candlestick and the following is smaller, white candlestick. These are known as haramis.

What is The Meaning of the Tweezer Low?

When a trend forms into a tweezer bottom it indicates a possible reversal is building because the market is probably oversold.

Breaking down the pattern: The first candlestick in the pattern touches a deep low in price. In the next period the market doesn’t make a significantly lower low but stops; it often then consolidates and rallies.

This is suggesting that buying pressure is returning. The market then closes clearly above the open. This price action produces the neighboring white (bullish) candlestick and the characteristic tweezer bottom (double low) in the chart.

Trading the Tweezer Low in a Chart

Tweezers are pretty common patterns and can be found in most financial charts. For this reason we would usually look to screen out weaker cases and ignore them. 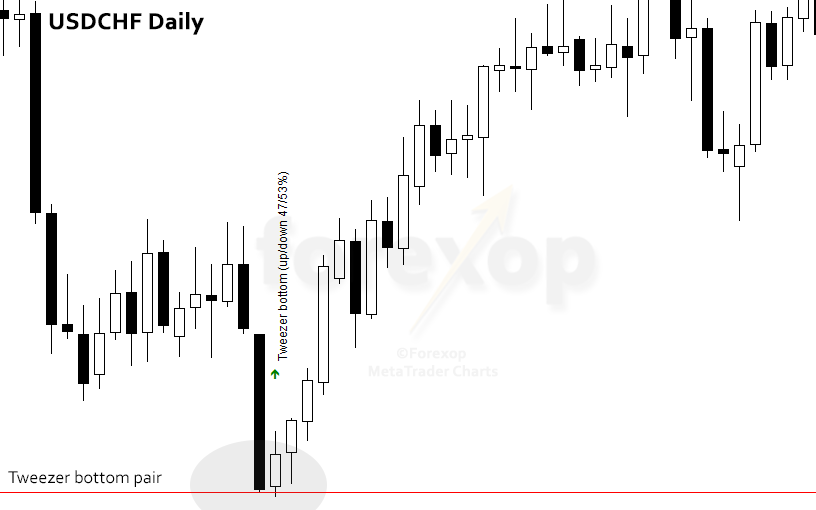 Figure 2 shows a USDCHF daily chart with a fairly strong example of a tweezer bottom. Firstly the market has already sold-off quite a lot before the pattern shows up. We then see a weak rebound that fails to carry through.

Next the price reaches a new low point and then rebounds on a support level. This forms a characteristic tweezer bottom which is marked by the gray circle on the chart.

Notice that the white bar in the pattern is relatively small compared to the bearish one. This tweezer pattern is also a weak harami reversal. We then see a sequence of bullish candlesticks as the new uptrend starts to gather momentum.

Buying on the first or second white candlestick after the tweezer pattern would have been the aim here and would have produced a profitable trade.

Of course none of these pointers is a guarantee that the market won’t turn bearish again and fall below the entry price.

What we are doing with the tweezer bottom is looking for reasonable confidence that the selling has subsided and buying has returned. But a tweezer bottom is just one possible configuration that a bearish trend can have when it turns bullish.

False positives happen when a tweezer bottom forms but the price resumes its fall afterwards. In other words there isn’t any bullish trend reversal.

With tweezer patterns this can happen regularly – sometimes more than 50% of appearances are false positives.

The chart in Figure 3 demonstrates a few examples. Here there’s a bearish trend in which three typical tweezer bottom patterns appear at low points. The first two are false signals because the market doesn’t reverse but continues to drop. Only on the third pattern does the price begin to rally.