Belt holds are a useful class of chart pattern because they highlight areas where market sentiment may be changing. As the name suggests, the belt hold acts like a support or a belt to hold up the market when it’s falling. 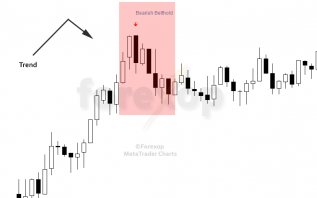 Belt hold patterns © forexop
In an upwards trend a belt hold works like a resistance preventing the market advancing higher.

Both the bullish and bearish belt holds have high success rates when tested on historical forex charts.

That makes them useful as day trading signals for buying or selling at market reversals.

A bullish belt hold appears in downtrends. The pattern can be recognized by a single long, full bodied candlestick that is bullish and which opens at a new recent low. The bullish belt hold candle should have a flat or nearly flat bottom. The top has a small shadow, relative to the body length. 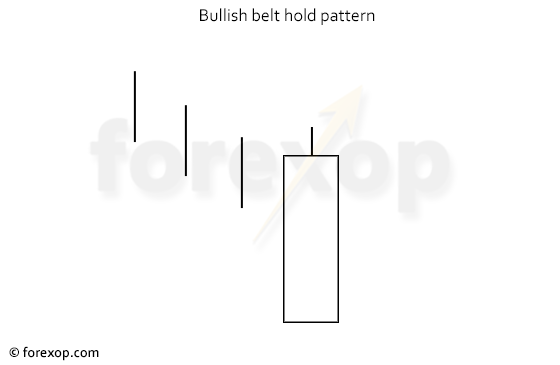 The long bullish body tells us that the price reached a low in the recent down trend but has reversed after the open, with minimal downwards retracement.  The appearance of a bullish belt hold shifts the odds towards a short term reversal in sentiment from bearish to bullish.

It’s worth noting that the bottom of the belt hold is a support line. This support often coincides with an already established support line at the same price. Belt hold support lines are useful for stop loss placement.

With exchange traded instruments like stocks, traders will look for an opening gap in a bullish belt hold on the daily chart. This means that the market gapped lower at the day’s open but put on a strong rally to climb back and close the day at a higher price. In round the clock markets like spot forex this condition isn’t normally applied. 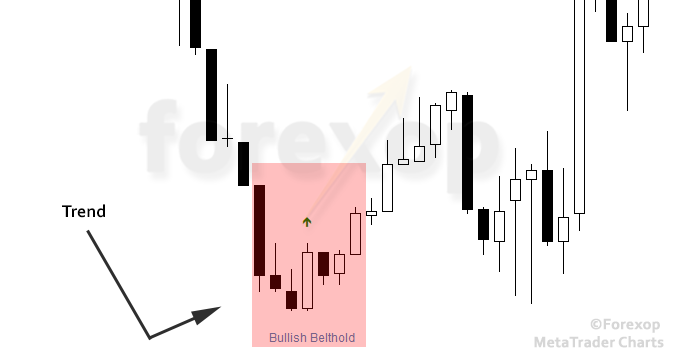 Figure 2 shows an example of a bullish belt hold detected with the chart indicator.

The bearish belt hold is the opposite and it occurs in up trends. To recognize a bearish belt hold look for a long full bodied, bearish candlestick. It should stand out at the top of an uptrend because it will reach a new recent high and it should be noticeably longer than the neighboring candles. 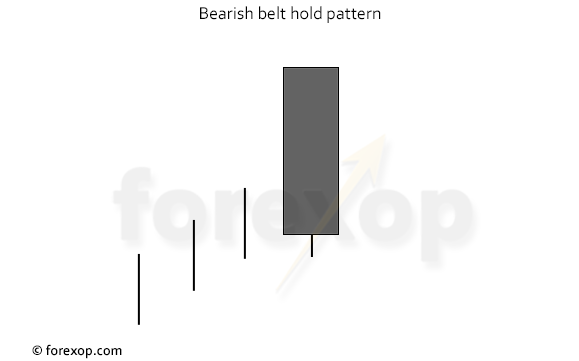 The top of the candlestick should be nearly flat with little to no shadow. The lower shadow should also be short since this means the price closed near the period low. If there is no upper and a short lower shadow (wick) the pattern will look like a black open marubozu.

On the daily chart the open of a belt hold candlestick can be above the close of the last but this isn’t strictly necessary or possible in all charts.

Tests on historical charts show the belt hold to be a fairly reliable predictor of short term market direction. We tested the bullish belt hold on five major forex pairs using a ten year price history. The chart was the M15 (fifteen minute).

For each detected pattern, the direction of the market immediately after the appearance was classified as either bullish or bearish. The table below shows the results.

Of the 2540 patterns examined, the bearish belt hold correctly predicted a bearish reversal 51.6% of the time. Only USDJPY bucked the trend and showed a negative result.

From the above we can say that belt holds are useful patterns in forex in that they can predict short term bearish or bullish reversals. That makes them a useful addition to the day trader’s toolbox.