Home Trading
Markets never go in a straight line, in either direction. One question then that a trader has to ask is at what level to expect a retracement, aka a pullback.

Failing to account for retracement can either result in missing out on profits, by exiting the trade too soon. Or it can result in a trade being swallowed up by a deep counter move that causes profit drawdown. 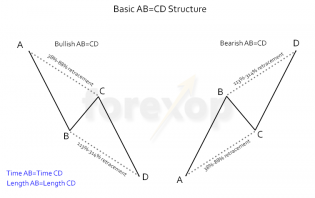 There are numerous systems for measuring when a market is overbought or oversold. The most common of these of course is chart oscillators like MACD and RSI.

Oscillators do a good job of predicting the general whereabouts of these cycles. The problem comes when trying to pinpoint an exact retracement price level.

Markets test us by extending deeply into over sold or over bought positions so that timing a trade on these signals is fraught with uncertainty.

There are alternatives to oscillators. The systems shown below all have some predictive component for telling us price ranges that might be tested in extensions and pullbacks.

Potentially the best-known system for predicting price retracements is pivot analysis. Pivot analysis is thought to have started with floor traders who made a best guess case for the market turning points each day.

The advantage of the pivot system is that it is very simple, doesn’t rely on charts, and depends on just a couple of calculations that can be done easily on paper.

The idea is that price usually reacts around a major daily pivot line that is found from the High, Low and Close of the previous day’s price range.  This is known as the pivot axis.

As the table shows, there are a few alternative calculations that give some slightly different answers.

The exact calculations are given here. They can be shown conveniently on the chart with this pivot tool.

Even though the pivot system was originally used to predict daily price ranges, its simplicity means it can be used at other time frames as well such as hourly, weekly, or even monthly.

Next in the list is Fibonacci. There is much debate as to whether Fibonacci actually works or not, despite this it has a massive following. Fibonacci is derived from certain ratios and number series.

Understanding the exact workings of it is not entirely necessary. Suffice it to say that the premise is this: Fibonacci theory says many complex systems, including financial markets, have certain predictability as result of obeying fundamental ratios.

The techniques include retracement, extension, fan, and time series. Extension and retracement are by far the two most popular tools.

Retracement theory simply states that if a price falls from point A to point B, this will form support and resistance lines between these prices at key ratios. 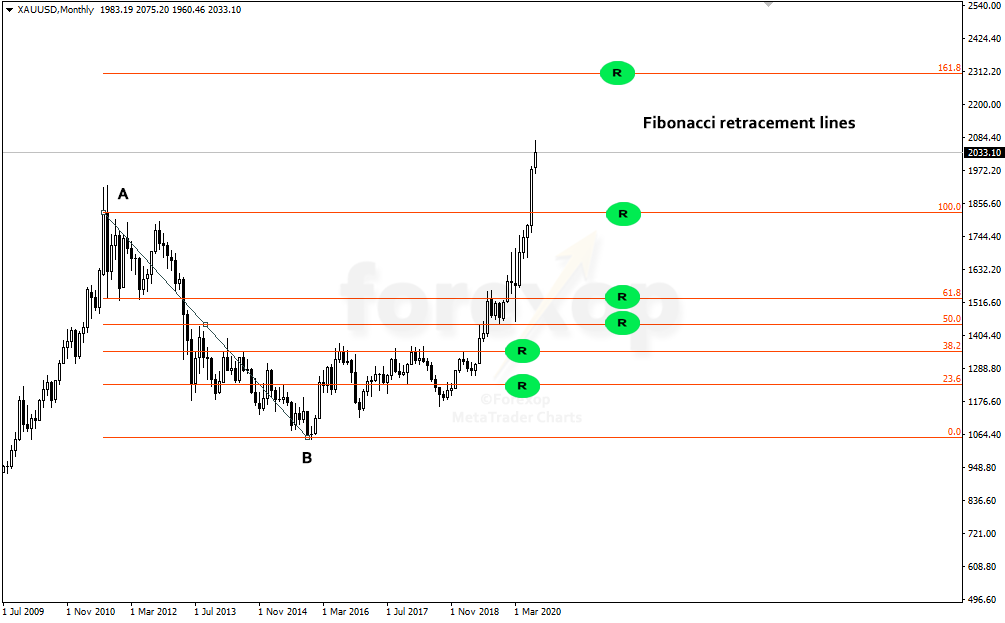 The above chart shows retracement that Fibonacci defines between a peak in Gold at A and a base at B.

Notice that each line is further apart than the last. Fibonacci is an expanding ratio.

The first ratio at 23% is usually ignored for practical reasons. This is because you need a little bit of retracement to draw your base. And since the 23% is very close, that level usually serves as a start point.

Looking at each of the levels above 23% shows that these lines do represent some degree of support and resistance with some stronger than others.

Harmonic analysis is a branch of charting that defines price retracements around the concept of XABCD patterns. Some of the well know harmonics are the cypher, the bat, the butterfly, shark, the crab and the simple AB=CD pattern.

An example of both bearish and bullish AB=CD configurations are below. 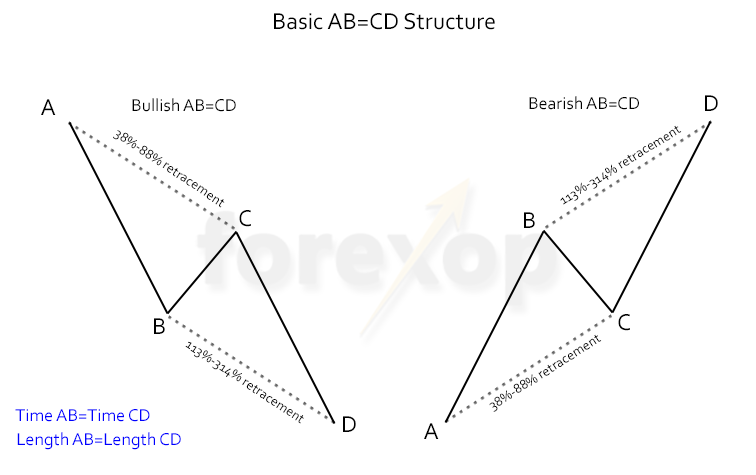 Typical ratios for a perfect AB=CD pattern are

These levels are quite similar to Fibonacci. Unlike Fibonacci however, the pattern also predicts the time taken to reach each price reversal.

From these standard patterns types we can estimate where the next price reversal is likely to be.

Elliott wave theory was developed by Ralph Nelson Elliott in the 1940s. It is a well-established charting technique. Unlike the above methods, Elliott wave principle is a more nuanced approach.

It works on the idea of waves and sub waves. There is a little bit of subjectivity in defining the exact peaks and troughs due to the noisy nature of financial price histories.

Elliott explained market cycles as a series of impulses and corrections. The impulse is the mania phase and the correction is the fear phase. In a bull market, the impulse is composed of a 5 wave sequence.

That is followed by a corrective pullback of 3 down waves. In the down wave the price retraces from the peak at 5 to A, B and finally C.

The theory says that wave C, the final corrective wave is at least the size of wave A. This is consistent with a standard AB=CD pattern.

Wave three and five are generally the most powerful. Again, this is very similar to harmonic analysis.

The bearish cycle is the mirror image of the bullish Elliott cycle.

Each wave and its correction is also an Elliott cycle giving the system fractal like properties.

Like the other patterns, the structure doesn’t reveal itself until partially formed. With that said, in practice you need at least two or three waves to confirm what is going.