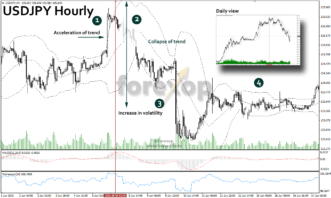 How to profit from changing markets © forexop

Take for example, the end of a bull run, the imploding of an asset bubble, a rapid change in volatility, an unexpected event, or the first days of a bull market. These are examples of the market in a state of rapid change. These are also times when large transfers of wealth happen.

Even so, while trending and ranging in financial markets gains a great deal of attention, strategies for changing markets are often overlooked. What I’ll look at in this article is the characteristics of fast changing markets, how to spot them, and how to profit from them.

Definition of a Changing Market

So what exactly is a changing market and what causes them to happen? Changing markets happen when the market is in transition – that is, when it’s going through a state of change.

The following are examples of changing markets:

When major market upheavals happen they capture everyone’s attention. These are examples of market changes on a macro scale.

Yet in truth, micro events of this type are playing out in the markets all the time – pretty much every day. And as a trader, you can exploit these to your advantage if you know the identifiers that characterize them.

A few distinct markers can give a hint that a change is underway. This will let you take action accordingly either in hedging, speculation or in protecting a position.

In the rest of this article I’ll look at these markers and examine their reliability and significance.

First of all, let’s consider the causes of a changing market.

Financial markets are not abstract systems that act on their own free will. The players in the markets are us. That is, human beings or software programmed by them. As such they are influenced by hope, fear, greed, stress, optimism, negativity and so on. These are emotions of the human psyche. Collectively this is referred to as sentiment.

This change in outlook alters the market’s preponderance of buyers and sellers and this creates a state of change. The state of change will last until a new equilibrium is found and consolidation begins again.

The figures below show some examples of changing markets caused by a shift in sentiment. 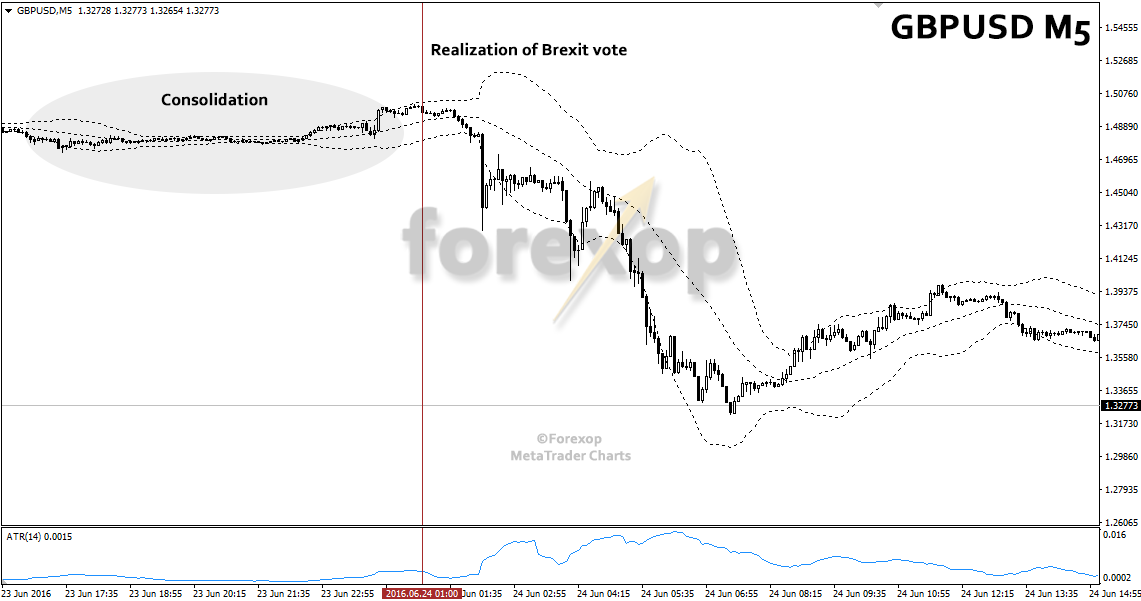 Figure 1: Change in sentiment on a news event (the Brexit vote). © forexop

A changing market can be characterized by any shift in state. As well as being a general change in direction, it can be a change in volatility, a change in pattern and so on. In the next section, I’ll look at how to recognize the signs of the changes, as they happen.

For traders, the most important question is this: Can a changing market be predicted? In many cases, the answer is firmly yes. There are often several identifiers that forewarn that sentiment is turning.

Some of these markers can be seen in the charts themselves. Some can be derived from analysis of other markets; for example open interest indicators and put/call ratios. Others come in the form of circumstantial data.

I use the following technical markers to identify a market entering a period of change.

A consolidation period is often seen as a market first enters a state of change. Consolidation is where sentiment is undecided and neither the bullish nor bearish side is winning out. Large net inflows or outflows may have taken place just before consolidation. But at this point there is no driver for direction so the market hangs in balance and just drifts without clear direction.

Figure 3 below shows an example of EURUSD consolidating after strong upward rally. Here the market begins to consolidate in the shaded area shown. This phase lasts for about one month. Here bulls and bears are evenly matched and at this point there’s no fundamental driver to carry the market any higher or lower.

The trigger for the correction and the end of consolidation is the announcement of additional quantitative easing by the European Central Bank. This is the exhaustion phase. It precipitates a strong bearish run against the euro that unfolds over the next couple of years.

Let’s look closer at the exhaustion phase. Before a correction happens, there are nearly always some signs that the current trend is losing momentum and is about to turn. This is called trend exhaustion.

During this late stage in a rally the smart money has been taken out. It’s usually at this time that “the crowd” become interested. This is on an assumption that the market cannot fail but go up (or down in the case of a bear market). This is seen time after time. In fact, big increases in retail money flows are used as a contrarian signal for the end of a bubble in the blow off phase.

The following markers may be seen as trend exhaustion nears:

Of course some of these only apply to collapse in major trends. However, markers such as increasing volatility and trend acceleration can be reliable signals that a trend at any scale is coming to an end.

Take the following chart example. The chart below shows USDJPY which reached a thirteen year high in June 2015. This demonstrates a classic changing market scenario. Sentiment turns and extreme bullishness flips over to negativity and results in a heavy bearish correction that’s still unfolding into 2016.

Phase 1: The trend consolidates at the top before accelerating in one final push on increasing volume. I am using Metatrader’s volume indicator here which is only an approximation of true volume.  This event is marked by the long bull candle shown at (1) which also results a spike in volatility.

A weak hammer (doji) candle appears at the top of the trend on the hourly chart. The long upper shadow indicates that the market topped but failed to close near the high that was made. With a trend of this scale, this type of candle pattern on its own isn’t usually a significant signal. Rather the whole section of the chart and the context needs to be examined. 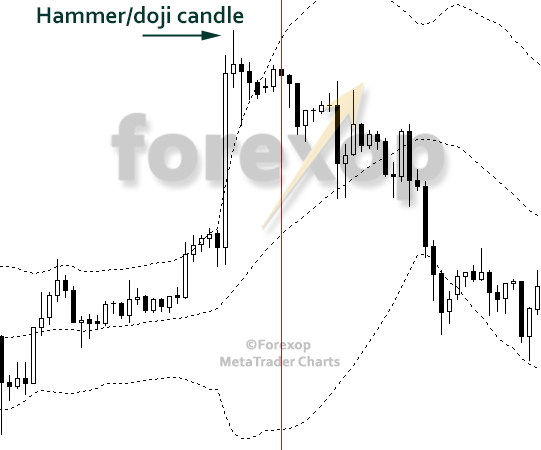 Phase 2: The market starts to correct downwards. At this point, a few weak rallies take place but none are strong enough to take the market back to the previous high at (1).  This period is the “head part” of a head and shoulders pattern which is forming on the weekly chart. See Figure 6 below. 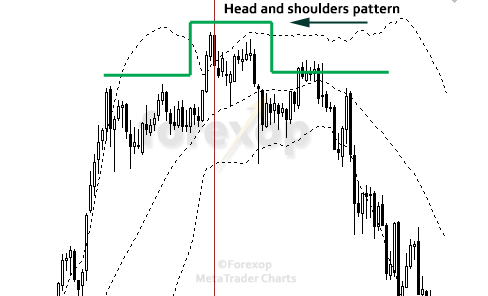 Phase 3: Collapse of the trend. At this point more market participants realize that the major trend is probably over. This results in a rush to exit long positions. This causes a sudden and significant break downwards at (3). Some long trades will remain in the market during this time hoping for a bounce.

When the trend collapses with this speed and severity, there will usually be a few bounces. But the market will lack energy to reach above the level where the collapse took place. This will develop into a strong area of resistance (see Figure 7). This happens because those fearing a collapse and wanting out will use any rallies as a selling opportunity.

Phase 4: Consolidation and retracement. During this phase the market consolidates. It then drifts back up around the fifty percent retracement line from the down break. This is shown in Figure 7 at point (1). The level of the down break creates a strong resistance to moves higher and this will offer a useful barrier which to trade shorts against.

Point 2 offers a high probability shorting opportunity. Lacking any fundamental push factor the market is unlikely to draw enough strength to break back above the resistance area shown at the blue dotted line. 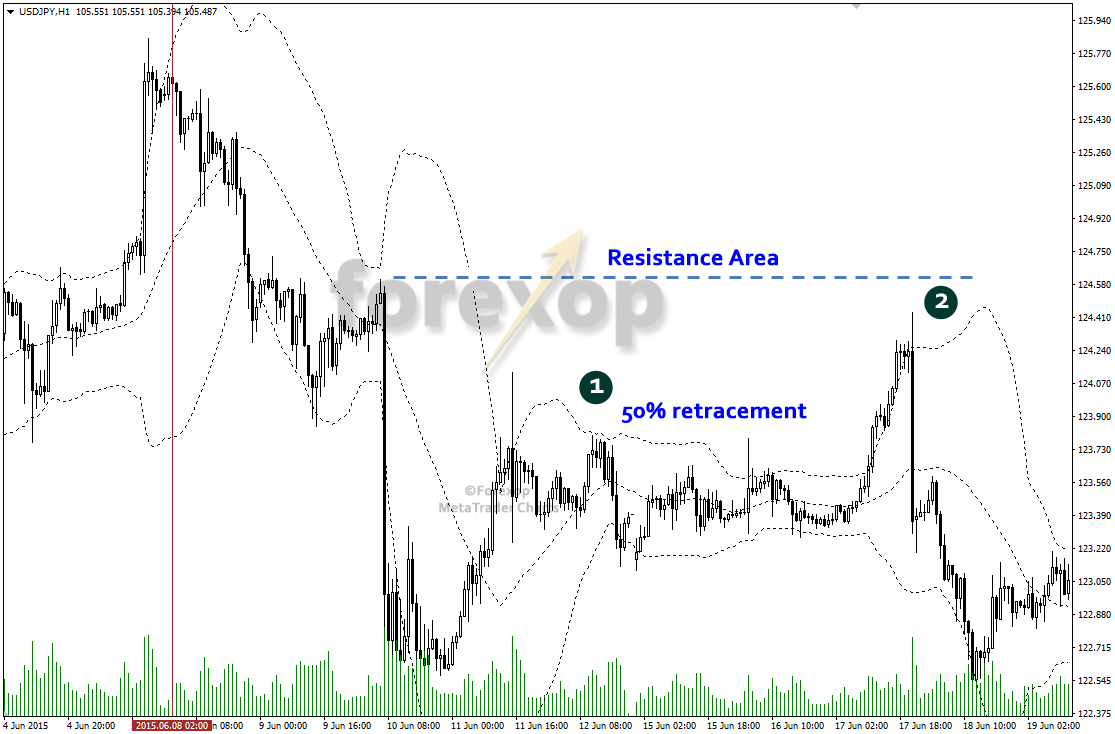 Figure 7: Consolidation and retracement after the first major down break © forexop

Looking Beyond the Charts and Economic Data

Wall Street traders have a saying that when taxi drivers start giving stock tips it’s time to sell the market.

While this is a bit of a joke, it does highlight an important truth. The “real world”, beyond the trading floor and all of the charts and economic indicators, is the absolute reality check.

Recently with the Brexit vote the markets were spectacularly wrong. Despite the enormous amounts of money at stake few people bothered to look at what was happening on the ground level. Professional traders and money managers just said they trusted the British bookies and that was enough for them.

In the film, the Big Short a group of fund managers go out into the real world to look for evidence of a housing market in crisis. They find it absolutely everywhere they look. Despite this very few people in the banking world took the issue seriously until the bubble actually burst.

The tech bubble of the late nineties saw a surge in highly speculative M&A activity as well as IPOs of virtually worthless companies.

Market bubbles and inefficiencies do happen with some regularity and they usually happen where the market players get caught up in the hype and ignore evidence from the real world.

Changing markets can create tremendous opportunities for us as traders. That’s why learning to identify them is such a useful skill.