Home News
It was in 1973 that the UK decided to join the European Union (formerly EEC – European Economic Community). When the project of establishing a single currency arrived, the UK decided to hold on to the pound instead of switching to the euro. Yesterday was decisive for the cohesion and the solidity of Europe. 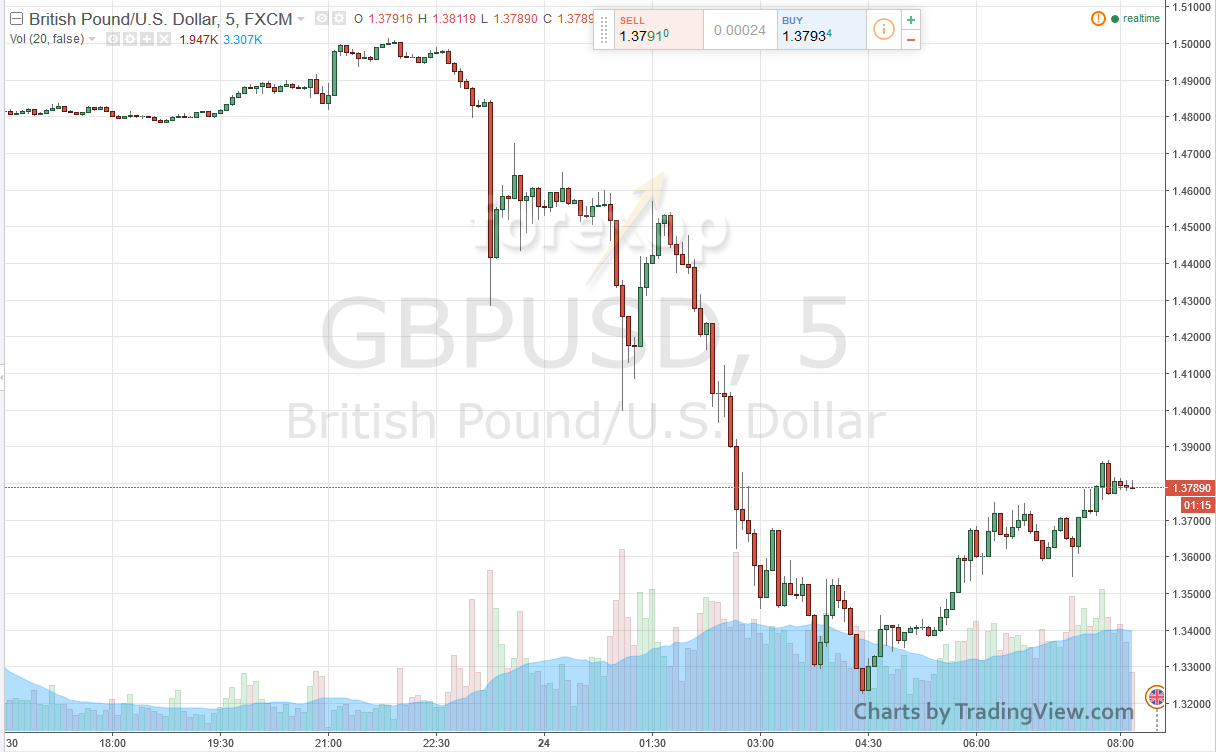 While more than 2 million workers from across Europe are working in the UK, the British people went to vote and decided to leave the European Union (51,9%). This is changing the face of Europe and the global economic and political landscape. Now other countries want to implement a referendum as well and this is the problem: how to keep the European cohesion. But Schäuble said “Europe will stay together”.

Statistics or arguments for or against the Brexit bring many contradictions that are actually difficult to measure. Indeed, each side will try to get the most positive or negative numbers possible to ensure coherence and maximize the impact of their speeches.

But the situation of a Brexit remains an unknown no one can solve. Here are some thoughts to consider not just a short-term perspective but with a vision for the long-term because all the challenge lies in the accurate assessment of the risks and consequences in the long-term both for residents of the UK and for the rest of the world.

Would the Brexit lead to new barriers on world trade? The length of the verification process at customs would it be lengthen? Is it really advantageous to leave the EU in order to overcome the Brussels rules? In a globalized world in which we live, is it really desirable for the UK to leave this kind of European integration both economically and politically or financially?

Some argue that the UK is already one of the least regulated countries in the G20 countries. But the (too) many regulations from Brussels represent a kind of obsession in the UK who wants more sovereignty and a less integrated European policy. Highly exporting companies to the European Union, however, should always respect “these regulations” in case of Brexit.

Future of the UK

Many officials of major economic powers in the world have highlighted the risk that Brexit would pose to global stability by emphasizing clear that no preferential treatment will be applied and that the UK would not be favoured regarding discussions of a possible partnership. Last month, two weeks after Barack Obama, who predicted the British negative consequences with its relationship with the United States if Brexit, the first Japanese prime minister reiterated the warning.

He particularly highlighted the current attractiveness of the UK as a “gateway to the European Union” for Japanese companies. Mr Shinzo Abe recalled that there are about 1,000 Japanese companies in the UK employing around 140.000 people and the Japanese investments end of 2014 accounted for nearly 48 billion euros.

London, heart of many European headquarters and economic and financial capital could lose this title

London could lose its status as the 1st European financial market for the benefit of Paris or Frankfurt. With a Brexit, London could see for example some financial clearinghouses migrate to countries in the Eurozone. London is also the headquarters of many companies especially in the financial sector.

There are over 250 banks operating in the City and some have already warned that they were working to redirect their activities to other European cities if the Brexit happen. The City has a “European financial passport” with which a financial product can be approved only by one regulator to be sold in all European countries. Losing that advantage might force many financial groups to relocate their activities to maintain their access to various European countries.

The big question is whether leaving the European Union would be creative or destructive for the job market… Will the regulations replacing those from Brussels really reduce the burden on businesses both financially and administratively? Regarding the immigration level; The European Union may restrict further European migration because currently European rules prohibit a restriction of freedom of movement of workers within the European countries.

Jobs in the financial sector will inevitably be affected as indicated above because the financial sector, representing approximately 10% of GDP, is a core business in the City who needs to have access to the European market. Beyond the financial activity, the entire structure of the population will evolve which will necessarily “penalize the very dynamics of London’s economy and therefore the UK economy” as stated Philippe Waechter – chief economist at Natixis Asset Management.

Volatility is expected to be high for a while, markets tumble but safe heaven assets are up

On Thursday, markets were pricing a Remain with markets going up and the UK pound reaching 1.50 against the dollar USD, hence the surprise this morning and the high negative openings across the globe. The pound dropped to 1.32 at one point. ING talked about a tumble of 10 to 15% while HSBC mentioned a 15 to 20% drop as did Georges Soros in case of Brexit.

Asian, European and American markets are opening deep in the negative side and banks are the most affected by the decision especially banks in the UK. Safe-heaven assets are spiking, such as the YEN, the CHF, Gold or bonds. This is what is called “Flight to Quality” or “Flight to Safety” that is to say a situation in which we can see capital flows moving from risky products to safer products.