Home Bullion
Gold has gained more than 8% in 2016 after a volatile year. The 1st half of the year was driven by fears of a worldwide recession and uncertainties around the BREXIT vote. 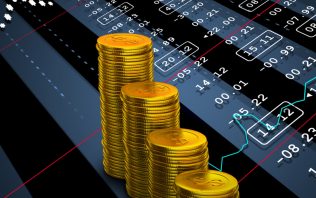 Now though markets see worldwide risks as having diminished. The US dollar also rallied strongly at the end of the year. This was in anticipation of increasing interest rates and Trump’s proposed economic policies. Gold prices fell as a consequence of this. What can we expect next for the precious metal?

Gold is a safe-haven asset. This means investors seek it in times of global worry and as a hedge against uncertainty.

We have some idea about how risky 2017 could be. This might lead to increasing demand for gold as a hedge against uncertain times.

Let’s look at some of the factors that could influence gold prices this year.

Political changes could be an important risk

The possible political changes we might see this year:

There are plenty of others. As we said in a previous article (3 Reasons why EUR/USD could reach parity in 2017): “political uncertainty and instability will likely continue to grow this year”.

We don’t yet know how Trump’s policy will truly affect relationships between the US and other big economies.

Its relationship with Russia could improve if Trump decides to abandon sanctions against them. However, if Russia decides to get further into Ukraine then it would most likely deteriorate relations. It’s also unlikely that Trump will accept Putin’s illegal annexation of Crimea.

Add to this, the US seems to be entering into a trade war against China. In retaliation, China could boycott American products. Trump has threatened to apply tariffs of 45% on Chinese imports. This could increase global risks and trigger a sell-off in the shares most affected.

We have to assume most of this “bad news” is already priced into gold. So if there’s an improvement in this political outlook it could mean a cut in this risk premium. This would cause the gold price to fall.

American shares are currently expensive by conventional measures. Some analysts are saying that they are so overvalued that any negative economic news could trigger a large sell-off.

Market corrections are usually good news for gold.  We are currently seeing American indexes hitting record highs. So we have to wonder when a correction may happen.

The American economy might not be as strong as everyone thinks

There are plenty of indicators that show fragility in the US economy.  Fears for what 2017 will bring might emerge as investors pay more attention to these.

Let’s take the example of the job situation in the US.

The labor market seems to be in full swing. But is this true?

According to the FED, full employment means a labor situation with a median unemployment rate of 4.8%.

However this measure of unemployment shouldn’t be considered as the key measure. Rather it is one of several that are used to understand employment.

There are some statistics that show the real number of people out of work is much higher than the official rate suggests. These statistics take into account those that have given up searching for work, as well as housewives or workers that accepted a part-time job while looking for a full-time work.

It may be tempting to think that a decrease in the unemployment rate is a positive thing. But it’s actually more complicated and ambiguous. Nevertheless, it’s the headline figure the markets are paying attention to.

Take consumer spending as another example. This accounts for more than 60% of American GDP. Yet consumer debt keeps rising. It is now higher than before the last financial crisis.

According to Nasdaq: “Credit card debt costs a typical household $1,292 a year”. More Americans are in debt. And more are struggling to pay back what they owe. Most also have no emergency funds.

A strong dollar is usually negative for Gold prices

When the dollar goes up, gold prices tend to go down, and vice-versa. One reason for this is because gold is denominated in USD. Therefore any changes in USD rates will affect gold prices.

Another reason is that a stronger dollar usually means a stronger American economy. This is usually bad for gold, which is used as hedge against economic uncertainty.

Higher rates are usually a negative for gold. However if we look back in time, the relationship between interest rates and the dollar is not a straightforward one. Therfore we cannot assume one will follow the other.

What does all of this mean for gold?

Factors that could drive up the price of gold in 2017 are:

Negatives for gold are:

Which of these will triumph is yet to be seen.