Home News
Market participants are now back to trading after a quiet post-Christmas and New Year that saw low volume and volatility. 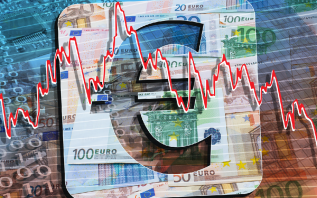 The economic calendar for the upcoming week is pretty light in terms of economic statistics. That could impact EUR/USD.

What can we expect for EUR/USD this year? Will the pair reach parity? What should we be focusing on this year?

1. Speculators are increasing their bullish bets on the US Dollar

The latest Commitment of Traders (COT) report from the Commodity Futures Trading Commission (CFTC) shows that non-commercial traders increased their bullish bets for the US dollar during the first week of 2017. This is continuing on from 2016’s bullish finish.

The US Dollar’s bullish positions have therefore been increasing for 2 weeks in a row. Short positions on Euro also increased slightly among non-commercials.

This report is important for your trading, as it measures the sentiment of influential traders over a period of time. You will then be able to determine market sentiment extremes, which might describe market tops/bottoms. While reading this report, remember that positions from non-commercial traders will indicate the trend’s direction, as they are large speculators trying to make money from their trading activities by following the trend.

The exponential market rally since Donald Trump’s election has been impressive. We can only hope this will continue into the New Year as well. On the 20th of January, Donald Trump will be officially sworn in as President of the United States. Naturally, market participants will be closely watching his first actions as President.

As we said in a previous article, his economic program – with tax cuts for households and businesses, massive infrastructure program and incentives to bring back manufacturers/profits in the US, will potentially increase US growth and the value of the US Dollar.

His intended policies have been interpreted as beneficial to the US by traders. That in turn has led to a higher USD, as more rate hikes are now expected. But the FED minutes from their December monetary policy meeting have raised questions about the impact on inflation that Trump’s expansionary policy may have.

Inflation can be described as a sustained increase in the general level of prices for goods and services. The FED’s inflation goal is a PCE indicator at 2%. Given Trump’s policies, inflation could very well increase faster than initially planned. So the FED might decide to increase rates faster.

Higher interest rates generally push the US dollar higher and slow the economy. A strong dollar may be problematic for US growth, as exports will be more expensive to foreign buyers.

Even if the American economy is seen as strong with full employment, a rising dollar will still be considered as a headwind, as it will probably reduce the total effective demand. On the other hand, the advantages for the American consumers might offset the negative aspect of a strong dollar. A stronger dollar makes imports cheaper to domestic consumers, which may lead to higher spending.

Remember that personal consumption represents more than 60% of the GDP!

2017 will see the French presidential elections, the legislative elections in Germany and the new Italian government, among others. This could all potentially affect markets. The BREXIT timetable will also play an important role in Europe stability, depending on how the negotiations will be held. This will be closely monitored.

Political uncertainty and instability will likely continue to grow this year, with more dissatisfaction and distrust of governments.

A survey conducted by Reuters shows that the USD is likely to remain strong this year in the face of the numerous upcoming rate hikes and the future President’s economic policy. As nationalism continues to take hold across different countries, political uncertainty in Europe will weigh on the stability of the Euro Zone, and thus on its currency.

On this Daily chart with Ichimoku, we can see that prices face some resistance to go higher. They are currently between the Tenkan (red line) and the Kinjun (blue line). Prices weren’t able to overcome the Kijun line (see the blue circle on the right), as the Lagging Span (fluoro green curve) couldn’t cross over the prices, nor the Tenkan (see the blue circle on the left).

Prices are now heading down with the 1st possible support level being the Tenkan level at 1,04968. If prices cross down that level they could head towards the 1,04009 zone, while if they bounce back, they could evolve towards the Kijun line at about 1,06062.

If you want to learn more about Ichimoku, please read our article: The 3 Signals of Ichimoku and How to Trade Them.