Central banks across the world are scrambling to get on the crypto currency bandwagon. The US Federal Reserve, European Central Bank and the Bank of England have each suggested some form of venture into the world of crypto currencies and crypto payments. What’s more The Chinese Central bank is already piloting a digital RMB. 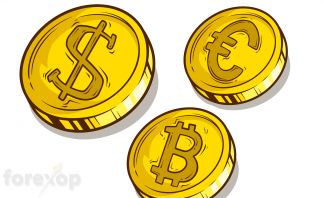 How would a government-backed crypto work?

If a central bank, like the Federal Reserve were to issue its own cryptocurrency, how exactly would that work? How would it be different from our existing money, which is mostly in digital form anyway?

When Bitcoin first appeared, the whitepaper described it as a peer-to-peer electronic cash system. Put simply, it is a digital currency without centralized control. The rules for bitcoin are programmed into its protocol. It is open source, so anyone can view these rules. A public distributed network of participants maintains the bitcoin transaction ledger or blockchain. These are miners. Anyone can become a miner, just by downloading the software and running it on a powerful computer.

Bitcoin was the first cryptocurrency. This seeded a whole field of industry around Blockchain technology. One of the first to emerge was Ethereum. Ethereum extended the idea of bitcoin in a few important ways. The most important was the use of smart contracts.

Ethereum’s founder, Vitalik Buterin, had the foresight to realize that a blockchain ledger can be used for far more than digital currency. It can also be used for things like proof of ownership such as contracts, agreements, and transfers of ownership. In other words, rules can be programmed into the protocol to control how any digital asset can be used and exchanged. This was the start of programmable money.

It is this last part that is attracting the attention of central banks and state actors.

So how would a central bank run its own cryptocurrency? Who would maintain the blockchain? Who would decide on the supply of coins and the rules of exchange? Would the protocol be open source and open to public scrutiny? Would they give these controls to everyday people? What about privacy and the risk of increased state surveillance?

We will look at each of these separately.

Blockchain: Proof of work or proof of stake

Bitcoin’s protocol uses what’s known as proof of work. To maintain the blockchain, bitcoin miners need to solve a difficult computational hashing problem. That requires enormous computational power. The problem with this approach is that it uses huge amounts of electricity for no other reason than to prove and measure the time and effort devoted to an artificial task.

Proof of work rewards miners for maintaining the blockchain. Their reward is new coins. It’s unlikely then that a central bank would cede control of money creation in this way.

Other ways of maintaining a blockchain are more efficient and therefore would be more politically acceptable for a state-backed cryptocurrency. One of these is proof of stake. With proof of stake, coin owners maintain the blockchain. It works much like interest payments.

For anyone staking, their wallet software helps maintains the blockchain by verifying new transaction blocks. It uses some of the owner’s coins as a deposit. The coins are locked for a certain time. This means bad actors, who try to corrupt the blockchain would lose their stake.

Proof of stake means that coin owners are rewarded and maintain the blockchain, rather than miners. Most importantly, it doesn’t waste vast amounts of electrical energy.

It’s no secret that central banks don’t want to be constrained in their ability to print money. Therefore, it looks unlikely that a central bank would put any restriction on the amount of its crypto coins in circulation.

In fact, the direct control of currency supply seems to be one of the driving factors opening up their eyes to the potentials of crypto currency. It gives them a way to inject inflation directly into the economy and withdraw it at the stroke of a keyboard.

We already have examples of this system of “tokenomics” in the crypto space: Ampleforth for instance.

This means that it would be no more of a store of value, and possible less so than existing fiat currency.

To appreciate the motivation behind state use of crypto currency, we also have to know the difference between digital fiat currency that we use today and real crypto currencies. They are entirely separate.

Crypto currencies are digital money, but they are a lot more than that. They are better understood as programmable money. They leave a digital footprint, a complete transaction history of everything that’s ever happened inside their eco system. They are also fully controllable by the authority that issues the money.

Of course, most crypto currencies we know today don’t have a central authority but are community led. For many like bitcoin that is their reason for existence.

Furthermore most crypto currencies have no restrictions on what they can be used for. If you have Bitcoin, you can exchange it for Ethereum or Litecoin or US dollars and you can spend it as you please. A central bank crypto would most likely have a smart contract behind it. That could impose all kinds of rules on how the money can be used in every day settings.

This could allow the state to micromanage how we use our money, and by proxy our behavior.

It could block spending on certain items or make it prohibitively expensive. For example, if you’re on state support, a state coin could prevent you spending on things deemed non-essential such as alcohol, junk food, gambling, tobacco or even a vacation.

It would comprise a complete history of who we transact with, where were go, how we earn money, what we spend our money on, what assets and liabilities we have, our financial net worth. In other words, the state would have a live balance sheet and profit and loss statement of our entire finances.

Naturally, this level of data monitoring would be billed by lawmakers as essential data capture to fight crime, tax evasion, drug trafficking and terrorism.

But the implications are shocking.

Third parties and contractors such as banks, insurance companies, and municipalities would most likely have access as well on the grounds of fraud control. The problem is these entities have a dismal track-record of protecting sensitive personal data, so data breaches are inevitable.

The crypto wallet would reside in our phone or computer, and could integrate with browsers and shopping apps. It would know everything about our financial history, how much we earn, when we get paid, our spending patterns, our debts, times of year we take vacations, where we go and so on.

This data would be far more valuable to commercial interests and especially advertisers than the type of data collected by tech giants like Google, Amazon and Facebook.

There is no need to infer our spending habits from web searches, clicks and our browsing habits. It knows exactly what when and how we are spending money. It knows far more about who we are.

This data would be a gold mine to commercial interests and so the incentives for states to monetize it, to raise extra cash, would be extremely powerful.

There’s long been talk of banning paper cash altogether. Could covid-19 be the final nail in the coffin for paper currency? It’s possible.

If all fiat money is converted to crypto currency, paper cash could soon be made obsolete and later legalized out of circulation.

On a positive note, this could potentially eliminate certain types of financial crime. If everything is traceable and controllable, there would be no point in stealing money because it could be traced and pulled-back by the authorities and sent back to the victim. It would eliminate the cash-in-hand economy as well.

The black market would be locked out of the state’s financial system, and would largely be forced to transact in separate money, possibly some type of dark web coin.

Of course, in time criminals would find ways to circumvent these rules. It would be the rest of society that is left with a legacy of complete loss of privacy and loss of personal financial freedom.

Gold backed crypto currency: Is it the future?

There’s been speculation that this is the reason that Russia and China are accumulating enormous gold reserves. That would certainly enable them to issue a gold-backed crypto currency to rival the US dollar as the world’s reserve currency.

However, a state doesn’t require any backing to make its own citizens accept a new crypto currency. It can pass laws instead. People would be tied into the currency as a means of earning, spending and paying taxes.

Crypto currency was supposed to liberate us financially, but if we aren’t careful it could end up enslaving us. The danger is that these technologies will be rolled-out and in our lives before the implications are widely understood.

Central banks, in developed countries at least, are still some way off from launching their own crypto currencies. There are many challenges. It would probably be voluntary, at least to start. The risk is that it could exclude big sections of society, especially the most vulnerable, which are not well versed in technology. There would be many adoption challenges, like the elderly for example.

It seems plausible, that to start with central bank crypto currencies will be some sort of hybrid of a regular digital currency and a crypto currency. This would be issued through the banking system. It would still flow from the top down, through banks and financial institutions, to payment providers and finally to us, the regular citizens.