Home Cryptocurrency
An abundant supply of new cryptocurrencies and tokens means that we need to have some simple tools to understand their value. Most investors are familiar with the valuations used for companies such as price to earnings and price to book, but what yardsticks can we use to value an unknown cryptoasset? Here are seven easy metrics. 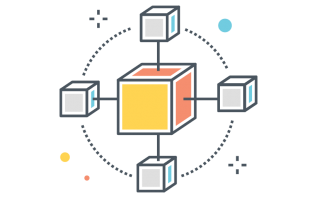 How to value cryptocurrency © forexop

No 1. Its reason for existence

A cryptocurrency should, above all else, have a compelling reason for existence. What problem does it solve that other coins don’t? What market is it chasing? What is its potential for widespread adoption? A cryptocurrency project should have a website that readily answers these questions.

Look for the whitepaper. The whitepaper ought to explain the rationale behind the coin’s launch, its business model and give you an idea of the aspirations of the team behind it and how feasible the goals are.

The old saying is to only invest in what you understand. This view isn’t fashionable in a newly emerging technology like blockchain, because many of the concepts are ground-breaking. However, the project team should address this with a clear and concise business case. If it reads like mumbo-jumbo, it could be there to fool you. It’s therefore probably best to move on.

No 2. Coin supply and allocation

While Bitcoin doesn’t have a project team as such, most altcoins do. The project team can be thought of as the company. They are the people behind the coin’s idea, marketing effort and bringing it to fruition. When valuing a cryptoasset, look at the official website and try to understand the background of the company, the skills of its management and its developers.

This is like looking at an investor’s prospectus of a company. It can sometimes reveal useful facts to consider before putting money into a specific coin. One important fact to check is whether there was a premine. A premine is when insiders of the company are able to mine the coin before the public. In essence then, a premine allows insiders to accumulate coins at virtually no cost.

This is similar to the founders of a new company awarding shares to insiders before an initial public offering (IPO).

The existence of a premine in which insiders hold a substantial portion of the coin’s value can be a cause for concern. Many in the crypto community consider the practice of premining to be unfair.

This is especially true if the project’s reason for existence doesn’t seem very compelling. A large, concentrated insider holding will also mean that the coin has greater centralized control.

Another point to consider is the total coin supply and the issuance rate. Is the issuance rate inflationary or deflationary? Is total supply very large compared to the current supply? This would mean a higher level of dilution as new coins come into existence.

The market capitalization is the price multiplied by the number of coins in supply. In other words it’s the total value outstanding of the cryptocurrency. CoinMarketCap is a good place to get this information.

What does market cap tell us? Market cap gives a convenient measure of a cryptocurrency’s relative importance against other cryptocurrencies. It’s a quick and easy yardstick.

In terms of market cap the top four coins are

Just like big companies, coins with larger market caps tend to be less volatile than coins with smaller capitalizations. This is however, on a relative basis over all cryptocurrencies.

Bigger market cap coins also tend to have a greater distribution of ownership, and more miners securing the network. Coins with smaller market caps can be more vulnerable to price manipulation and various types of network attacks.

Small cap coins, just like small cap companies have the highest potential for outsized gains as well as losses.

The hash rate is the amount of computational effort put into securing a cryptocurrency’s block chain. This computational effort is spent by the miners who’re collectively running ledger software to validate blockchain transactions. Miners are rewarded for this effort with newly issued coins in what’s called the blockchain reward. There may also be a transaction fee on top.

Mining requires expenditure in computer and other hardware, physical space, electricity and time. The miners will only make this cost outlay if they believe the coins have some value. On that basis, the amount of resources that miners are dedicating to this task can be used as a value metric as well as a security metric.

The hash rate can be found in several places. Blockchain.com provides a detailed study of hashing statistics, though mostly for Bitcoin. Bitinfocharts is a good place for comparing the hash rates of different cryptocurrencies.

While hash rate is useful, it is not perfectly correlated to mining costs. This is because of hardware improvements, particularly the introduction of ASIC mining chips that have dramatically increased hashing power. Moreover some altcoins have altered, or are altering their mining algorithms to make them resistant to ASIC mining. This is to widen the distribution of miners and prevent dominance by one or two groups.

Nevertheless, hash rate is still an important metric on a relative basis. According to Bitinfocharts

Since the whole point of cryptocurrencies is decentralization of control, it’s not surprising that many crypto holders consider a high level of centralization to be a negative. If control is in the hands of a few mining giants, that would give them the potential to manipulate supply and price, and even destabilize the network.

The distribution of miners should be readily available on the coin’s website. For example, Ethereum’s mining distribution is here. At time of writing, the two biggest pools, Ethermine and Sparkpool control 53% of mining activity.

If you’re comfortable with stock price earnings (PE) ratios, cryptocurrencies have something similar. Willy Woo, and Burniske and Tatar came up with something called NVT, or Network Value to Transactions ratio.

The NVT is calculated by dividing the coin’s market cap (network value) by its daily transaction value. Both need to be in the same units.

The authors suggest that a high NVT, just like a high PE ratio, indicates a high speculative premium in a cryptoasset. To give a stock market analogy, a stock like Amazon has a much higher PE ratio than a stock like Coca Cola. Amazon’s PE is 116 while Coca Cola’s is just 20. This suggests that buyers are willing to pay nearly 6 times more per unit of revenue for Amazon than they are for Coca Cola.

While cryptocurrencies don’t have earnings, they do have monetary transactions. The NVT uses the daily transaction value as a proxy for earnings. In this way, a high NVT can mean that buyers are adding a high speculative markup to the asset. In other words, they think it has high growth potential.

But just like a stock with a high PE ratio, the authors claim that a high NVT can also suggest that an asset is becoming overvalued and is entering a bubble phase.

The consensus mechanism is the method that the miners use to validate, or reach consensus when adding new transactions to the blockchain. Bitcoin uses a proof-of-work algorithm. Proof of work is power hungry because it requires that miners undertake some artificial computations to prove their credibility.

The concept behind proof-of-work is that there would be no point in trying to game the system because false transactions can be easily disproven within the consensus mechanism. The input cost of proof-of-work needs to be great enough, relative to the pay-off, to deter any bad actors.

This wasn’t a problem in the early days of Bitcoin when the network was small and its value was low. However, the network is now much bigger and the energy demands of running it are mind blowing.

For example, Digiconomist estimates that Bitcoin’s network consumes electrical power the equivalent of 5.3 million U.S. households. Moreover, the electricity needed for a single Bitcoin transaction is enough to supply an average U.S. household with electricity for 19 days.

This energy consumption is directly correlated to coin price because the higher the price of the coin, the more incentive there is for miners. More miners mean that the hashing difficulty increases. This leads to spiralling energy costs because the input cost of proof-of-work needs to increase in proportion to the reward.

It’s pretty clear that this system isn’t sustainable. This is why blockchain developers are starting to look at other consensus mechanisms that are more efficient. One of these is proof-of-stake. With proof-of-stake, the coin owners maintain the block chain by staking a portion of their coins to secure the system.

In this way, the coin owners become the miners and they’re compensated for staking their coins with a stake reward that works much like interest.

If cryptocurrencies become widely adopted, it is likely that mainstream investors will flow to coins with efficient and environmentally friendly consensus methods, like proof-of-stake and away from those seen as energy-inefficient.