Home Economics
Trading the foreign exchange markets can be lucrative for those skilled enough to understand the forces and dynamics that affect movements in currency rates. New traders generally begin by using charts and technical analysis to help them determine when and where to place their trades

Fundamentals, Why They Matter

Technical analysis is a vital skill that all Forex traders need to learn. 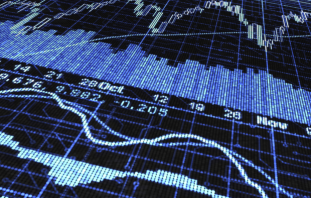 Which economic indicators move FX? © forexop
However, a big mistake is to ignore the importance of fundamental analysis. Big economic releases, when they surprise markets, can cause movements of hundreds of pips within seconds.

These surges can catch the technical trader off-guard. As well as the financial loss, it often causes them question their own ability and even if they want to continue trading at all.

Those traders determined to move further in their career sooner-or-later need to get to grips with economic data. They especially need to understand which economic releases can cause significant surges in volume and volatility.

In understanding which economic variables are the most market-critical, it is helpful to consider the data central banks use when deciding interest rate policy.

Big economic releases, when they surprise markets, can move currencies hundreds of pips within minutes.

Reportedly, central banks such as the US Federal Reserve examine over 100 different components of economic data. This data helps them to understand the overall health of the economy. This feeds into their decision on interest rate policy.

Interest rates are one vital component that analysts need when pricing everything from currency exchange rates, to bond yields to stock market valuations. Understanding the economic data that will influence interest rate decisions is therefore essential to success as a financial trader.

The economic data that has the highest impact on the currency markets falls into five main categories.

Inflation reports measure changes in prices over a certain time period. When inflation is either too low or too high, it can be detrimental to an economy. That is why central banks put a target on inflation to try to keep it within an acceptable range for stable economic growth.

One of the most significant of the inflation reports is the consumer price index (CPI). The headline CPI measures price rises across a large basket of goods and services that a typical household purchases.

Within this, food and energy fluctuations can distort the numbers and make it difficult to spot a trend. Many traders and analysts also pay close attention to core CPI.

The CPI provides crucial insight into changes in the cost of living for everyone. However, CPI does not take into account inflation that may be in the pipeline. For this reason, a third measure which needs to be considered is the producer price index (PPI).

The PPI measures the price changes of goods and raw materials that producers use in the manufacture of goods. It also reports changes in final wholesale goods prices. The evidence is that these costs will eventually pass to the consumer and lead to future price rises in the shops.

After interest rate policy announcements, employment reports have the greatest potential to move currencies. The state of the job market is a strong reflection of economic health.

Whether the economy is adding jobs or losing jobs gives a key insight into changes in economic conditions. The most influential employment report is the nonfarm payrolls (NFP).

Released monthly by the Bureau of Labor Statistics, the NFP can cause considerable volatility in all financial markets. When the NFP reports strong job creation, this means spare capacity is coming out of the economy.

The Federal Reserve and other central banks usually provide plenty of forward guidance on policy decisions to prevent market instability. This is why employment reports, such as the NFP are examined so closely because they have the potential to change that outlook.

Gross domestic product, or GDP, is a very broad measure of economic output in a country. In other words, GDP represents the overall size of the economy. The growth in real GDP, after adjusting for inflation, is the headline figure that the financial press usually reports. This shows the rate the economy is growing or contracting over a certain period.

GDP is an aggregate report and a delayed indicator. Nevertheless, many traders watch it very closely. This is because it is a good overall yardstick with which to measure and compare macroeconomic activity. It is also important as a general bellwether of sentiment.

Consumer spending underpins most advanced economies. This is why robust consumer activity is seen as a bullish signal. There are many dimensions to consumer activity. Of primary importance are the retail sales report and consumer confidence index.

The first, the retail sales report, gives a measure of dollar-value spending activity over a monthly reporting period. The report publishes the total value as well as the monthly and yearly change.

These reports can give an insight into shifts in economic conditions on main street. However, things such as weather and major events often cause substantial variations. Consumer confidence is a leading indicator. Unlike retail sales, it looks toward the future. The report surveys consumers and looks at their attitude towards spending and savings six months ahead.

This report informs of important changes in the activities of manufacturers, wholesalers and retailers. Of most interest to are the components of sales and inventories. The inventories component shows if stock-supplies of unsold goods are growing or contracting.

Declining inventories and strong sales are generally a positive sign, because it suggests robust business activity. It means inventory is being turned-over and sold. The sales component, often compared as a ratio to inventories, tells us the rate of inventory turnover.

A build-up of inventories, especially if combined with a slowdown in sales, can suggest declining demand and point towards a slowing economy.

While the state of the US economy is central to many markets, most foreign currencies have their own domestic reports and announcements that have an equally important impact on their valuation against other currencies.