Why does inflation matter to traders? It matters because inflation is a cost and a risk of holding a currency, for any length of time. For this reason, and others we’ll look at below, inflation has an impact on a currency’s valuation and its volatility. 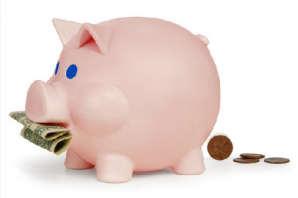 Analysts look at inflation reports because they give helpful clues about what is going on in an economy and the likely course of interest rates. These will influence a currency’s exchange rate.

We all know that feeling, when money in our pocket just doesn’t go as far as it did a few years back. That’s the effect of inflation. When inflation is happening, the real purchasing value of money falls over time.

If a currency’s interest rate were 5% say, and its rate of inflation was 10% per year this means in real terms anyone holding the currency would be losing 5% every year. There would not be much incentive for anyone to hold that currency but there would be pressure to sell, or short it.

Keep in mind that inflation reports are lagging indicators. They report what has happened already.

Inflation is usually a by-product of an economy that is growing quickly. This is because demand for labor is high and that will tend to push up wages. Higher wages filter through to production costs, and business pass these costs on to consumers.

Inflation is also what happens when the supply of money increases. This can be in the form of money printing by central banks, as well as “lending on reserve” by commercial banks.

Interest rates are a lever that central banks can use to control inflation. Higher interest rates turn off the gas so to speak, making it more expensive for consumers and businesses to borrow and spend.

Most central banks target a certain level of inflation to keep an economy “ticking over” and to keep people spending and buying. Deflation or falling prices means things will be cheaper in the future. Why buy something today when you know it is going to be cheaper on one month or one year’s time?

When prices are falling, people put-off spending – they tend to keep their money in the bank. This can create a deflationary economy, where businesses have to cut prices more and more to entice shoppers. Deflation was one of the causes of Japan’s lost decades.

Most economist believe that a little inflation is beneficial in that it encourages consumers to spend and this keeps the economy moving.

How Inflation is Measured

Economists measure inflation year on year, and month on month using an index. The inflation index moves up or down a certain percentage depending on the change in prices over the period (see here for more details). There are several inflation reports that measure different aspects of inflation within the economy. The CPI measures price rises to households measured by the price they pay for goods and services.

The PPI measures the change in wholesale prices of goods produced by domestic businesses. The PPI report usually breaks down prices into input and output categories. The input prices are raw materials and components used to make goods. The outputs are the final goods themselves – the factory gate prices.

Since wholesale prices will trickle through to consumers, the PPI is seen as an early indicator of inflationary pressures. Moreover, rising factory gate prices can be a bullish sign that businesses are confident enough to pass on these price rises, rather than absorb them, because demand is there.

Central banks use the interest rate lever to try to keep inflation within certain limits. When inflation increases above these levels, traders start to price in interest rate rises. When it falls, they price in rate cuts. Additionally, a growing economy often goes hand in hand with rising prices. When a currency appreciates or depreciates on the back of inflation data, there can be a number of underlying reasons as well as the inflation data itself.

Keep in mind that inflation reports are lagging indicators. They report what has happened already. This is why it is important to look as well at forward indicators such as inflation-linked bond spreads, as well as employment data, and the breakdown of PPI data to estimate what inflation is going to do in the future.