The maturities Lending periods can be anywhere from 1 day up to 30 years or more. The chart of these rates verses term or maturity is called a yield curve or term structure.

When traders talk about interest rates, they are usually talking about one particular point on the continuum of the yield curve. For example, the 3-month rate of interest, or the 2-year rate. 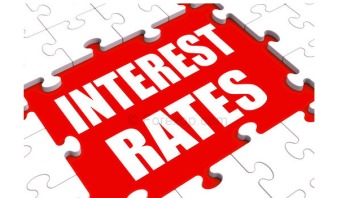 Rates and why the matter © forexop

Yield curves change continually to reflect the market’s view on the economy, inflation and risk. While the central bank rate is one part of the yield curve story, it is market forces of supply and demand, which really set the cost of money within an economy. Inflation is an important piece of this jigsaw too.

Let’s suppose I have some euros and if I deposit them at the bank for 1 year, they will give me a return of 3%. This is the nominal interest rate. What this means is, after 1 year I will get back 3% more euros than I put in. Yet if inflation is 1%, this means I can only buy 2% more stuff with those euros. I have only really gained a return of 2%. This is the real rate of interest.

Example: Suppose GBP pays a 4.5% nominal interest rate and has an inflation rate of 1.5%. This means it has a real interest rate of 3%. If I exchange my EUR for GBP for one year, I can get a 3% return instead of the 2% return I would get with EUR.

This means British pounds have a 1% yield advantage over euros for 12-month maturity. In other words, I can gain 1% more for one year, by changing my euros into British pounds.

Pounds are better to hold, at least for the year ahead. This means more people will want to change their euros into pounds and that may cause its value relative to euros to increase.

In currency markets, the exchange rates are continually adjusting to price-in these rate differences. Not just for near-term interest rates, but for all of them. Supply and demand for debt instruments of different maturities will drive flows of funds through the forex markets and this will affect exchange rates. 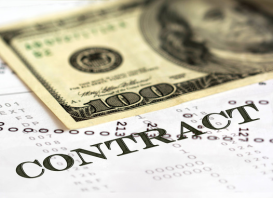 If one currency has a higher real interest rate than another does, it does not always mean an increasing exchange rate. If the market views the rate gap closing, this will cause the exchange rate to drop.

Likewise, if traders anticipate faster rate rises for the currency with the lower interest rate this will cause that currency to appreciate. Looking at the yield curve helps us understand these moves because it tells us about a currency’s interest rate cycle (see next lesson).

When new information comes available, it prices into exchange rates immediately. In the above example, unless the trade was done before the market moved, the gain on the interest would likely offset by a loss on the exchange rate over the life of the trade. This is known as the effect of uncovered interest rate parity.

Often fund flows and technical noise tend to mask these relatively small moves over long periods. On average though currencies with higher rates do appreciate against those with lower rates. For a more detailed explanation of this paradox see the lesson on the yield curve.

What the markets expect interest and inflation to do over time will have a continuous pull and push action on the exchange rates. When traders anticipate an interest rate advantage, for example between pound and euros, EUR/GBP would fall in value because of the relative advantage of holding pounds verses euros that exists.

What if we expect the interest rate of EUR to increase to 4% in 6 months, but inflation stays about the same? If GBP stays the same, this means that the yield advantage between GBP and EUR will disappear after 6 months. That would likely cause the EUR/GBP exchange rate to rise because now I can only gain my 1% additional return for six months instead of one year.

Currencies can have other pull and push factors such as risk.

The real interest rate is literally the cost of money. As demand increases so does this cost in the same way it does for any other commodity.

A currency’s exchange rate may rise and fall with interest rates, but the interest rates are rising and falling in response to changes in demand and supply and the driver of this is generally economic conditions.

Just like an accelerating car needs more gas, a growing economy needs money to fuel itself. Greater economic activity means there will be more demand for money. More demand means higher interest rates, because interest rates depend on the supply of money.

When demands for capital are high, as in a growing economy, the real interest rates have to rise as well. Both corporate and government debt has to offer a high enough real return to be able to attract capital. Otherwise, funds will flow to other better yielding assets such as stocks or foreign investments.

Currencies can have other pull and push factors such as risk. Interest rates are less of a pull when risk aversion is high, because most people are concerned about capital preservation rather than growth and return.

In summary, demand for a currency tends to increase its real interest rate, and demand comes from economic expansion. When there is greater demand, this puts upward pressure on the exchange rate.