We all have some basic understanding of what price inflation is – for the most part, people tend to think of it as a negative.

But many central banks try to keep inflation within a certain range. Their reasoning is that if inflation is too high, it can damage an economy as well as investor confidence. However, when prices are stagnant or actually falling this can be detrimental too.

When inflation is too low or negative, consumers will save and wait for lower prices rather than spend. This can lead to a deflationary spiral where consumer demand falls, and business stop investing for growth. This type of deflation was seen in Japan up until recently. 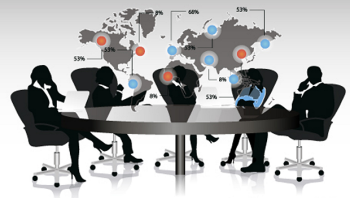 Inflation and interest rates are closely linked. Because of this, inflation controls are one of the key objectives on setting monetary policy. This is why inflation data is keenly watched by traders and investors alike.

In this article we’ll look at using inflation data to make trading decisions. How to monitor it, how to interpret it, and finally how to predict it using forward indicators like inflation-linked bond spreads, to gain a trading advantage.

The most widely watched measures of inflation are PPI and CPI. Countries publish inflation figures for both wholesale and retail costs.

PPI The producer price index, PPI, covers wholesale inflation. That is, the price change of goods bought and sold by domestic businesses.

CPI The consumer price index, CPI, measures inflation of retail goods and services for ordinary households. As PPI measures the wholesale price inflation, this is seen as a leading measure since producer prices will eventually be passed on to the consumer.

In the United States, the Bureau of Labor Statistics (bls.gov) reports the CPI and PPI every month, while in the UK it’s the Office of National Statistics (ons.gov.uk). There are similar reports for the Euro Zone and other countries.

When it comes to CPI and PPI the markets like to see inflation within a certain range. For the bond investor, higher inflation is nearly always bad news. Higher inflation generally means rising interest rates. This means prices of existing bonds will have to fall to provide a higher yield and to compensate new investors with an inflation premium.

When CPI is too low this can also unsettle the market because it raises questions about the state of the economy. Very low price growth can lead to a downward spiral of deflation and increasing debt. Steady price inflation ideally, should be balanced by strong economic growth and increasing wage inflation. In this way, traders need to look at inflation figures relative to GDP to assess the likely course of interest rates.

The GDP deflator is a broader inflationary indicator than either PPI or CPI because it measures the general inflation across the entire economy at the point of output. It isn’t reported on a monthly basis as are the above indicators, however it is useful for calculating real interest rates after inflation. For example, if the nominal rate of interest is 5% and the GDP deflator is 2%, the real interest rate is 3%.

Looking Behind the Headline

Reporting year on year, the CPI for the most recent February is 4.1%. But this is caused by a low figure for February the previous year. In the wide scheme of things, this just a blip. When you look at the entire data series it has little consequence to the underlying trend.

Central banks will look at the entire trend rather than a single number in isolation. The market will often react adversely when such anomalies are reported, but will then correct back again as the new data is gradually digested.

These events can open lots of trading opportunities. You can use an inflation strategy either by anticipating data anomalies and trading into the expected rally or decline, or by trading against adverse moves once they happen.

There are several early warning signs which suggest that inflation is building-up and becoming a problem, or just as importantly that it is falling too much. Many forex traders watch these early warning indicators very carefully so that they can trade on the official data releases more profitably.

Inflation-linked bonds are often used as a proxy indicator to measure inflationary expectations. Inflation linked (or indexed linked) bonds are different from conventional bonds in that the coupon and the principle are adjusted for inflation.

This means that the buyer of the bond doesn’t need to price-in inflation, whereas the buyer of a conventional bond does. The spread between the yields on indexed and non-indexed linked bonds are then a forward measure of inflation.

TIPS Take TIPS for example. TIPS are inflation-linked U.S government bonds. The principal value of the TIPS bond increases in line with the U.S. CPI. With regular bonds, U.S. Treasuries say, there is no such linking to inflation. This means investors buying fixed principal bonds like Treasuries demand a premium to compensate them for future inflation.

The spread between TIPS and Treasuries, measures the inflation premium that bond investors require for holding non-inflation linked bonds. This is why the Federal Reserve and others monitor the TIPS spreads very closely.

Table 1 above shows the current spreads for different TIPS maturities. What these highlight are the bond market’s predictions for inflation rates over different terms. For example, traders are anticipating an average inflation rate of 1.71% over the next five years.

As our economies rely heavily on energy and raw materials, increases in their price cause inflation. When energy is expensive, transport costs are high, and this filters through to consumer prices. Economies are either net exporters or net importers of commodities and energy. Some economies are more highly-geared to commodity prices than others. The example case is Japan, which is a net commodity importer. This means rising commodity prices can hurt their exports. It makes production more expensive as well as their final produce which they sell.

As well as watching the prices of individual commodities, you can also track composite indices such as the CRB Commodity Index to keep a check on commodity price developments. This gives an overall picture of inflationary pressures.

House price inflation is a closely watched statistic, especially in the U.S., Australia and the U.K. where property is a significant part of the economy. This means property prices can be a factor central banks use in deciding interest rate changes. It pays to make use of property websites and other resources to keep an eye on sentiment in house prices and in the construction sector. House price inflation or deflation also impacts many other areas of the economy. Rises generally improve consumer confidence, and spending while falls have the opposite affect.

Employment, wages and inflation have a close relationship. When employment rates are high, labor is in shorter supply and wages increase. This adds to inflationary pressures. When employment is low, the reverse happens. If consumers do not have money to spend in the shops, from employment and rising wages, this will limit the rate of price increases.