Home Strategies
Keltner channels have been around as a charting technique since the 1960’s. Those traders that use them mostly do so to trade breakout events. They define these as events where the price makes a crossover of one of the Keltner lines.

Nonetheless some also view Keltner channels as a trend following tool because of the use of moving average lines. 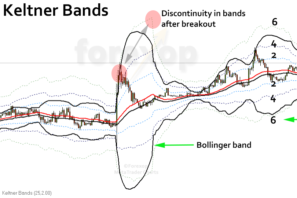 There are several variations of the Keltner channel but the idea in most of these is the same. There’s a mid-line that forms the central axis. Then there’s an upper range line and a lower range line.

The upper and lower lines create the channel or band of the Keltner indicator. These measure deviations of the price around the central axis line much like the Bollinger band.

Here Period is the averaging width and S is the deviation size. A wider period will produce a smoother band. A large deviation will create a wider band. This is similar to the Bollinger band where the width is defined by the number of standard deviations from the center line. With both indicators the bands move wider apart as volatility increases and narrow as it decreases.

The Keltner channel tends to see more abrupt changes than the Bollinger band which is usually smoother. This is because the ATR, on which Keltner is based, doesn’t use simple averaging techniques.

How to Interpret the Keltner Channel

The classic way to trade the Keltner channel – the one suggested by Keltner himself in the 1960’s – is to enter long as the price breaks above the upper channel and to trade short when the price breaks below the lower channel. This is known as simple crossover and is a typical breakout strategy.

The table below shows three back tests covering a ten year time frame using this approach. The tests were done using the four hour chart (H4) with the following setup:

Limitations of the Crossover Method

As can be seen from the table, the returns are volatile. This is typical with breakout trading systems. The main reason is due to false breakouts or fake outs. These happen when the price breaks out of a channel temporarily, only to return to previous levels. If you have entered a position in the breakout direction, it will usually result in a loss.

With the classic approach, the break of the channel obviously depends on how you set up the indicator. In the Keltner indicator, the width is defined by the deviation, which is just a multiple of the ATR (Average True Range).  The greater this multiple is the wider will be the channel.

Instead of using a simple crossover approach as above, the strategy I prefer is to look at a whole range of points on the chart and see where the market strength lies. To do this I use two Keltner channels. Together these divide the chart into five bands.

As with classic Keltner this is purely a breakout strategy. I don’t use trend signals or any other input.

To use this method, you need to create a histogram that records the amount of time the price has been within each “band”. Obviously this is easier to do with software but if you prefer manual trading you can also do this quite easily by sight using a simple box counting method.

For simplicity I use two bands but there isn’t any reason why more can’t be used. The two bands divide the chart up into five zones. This is shown in Figure 2.

I then examine the chart over the lookback period. Each bar is placed into a bucket numbered H(0) to H(4) corresponding to the band in which the center of the bar lies. The tally of all of these bar positions then produces a histogram.

The count is just the number of times the center of a bar appeared in that band.

What does it tell us? A histogram is more useful than a single crossover event because it encapsulates far more information. In particular the shape of this histogram tells us where the market strength lies.

Neutral: If the histogram is symmetric, this suggest the market is evenly balanced

It’s important to understand that this method doesn’t measure the market trend. The histogram can still be neutral even when the market is rising or falling strongly. Rather it measures “changes” that are developing where the market is diverging away from its recent path.

And because the histogram is calculated over multiple bars it doesn’t respond to single crossover events unless the price action moves upward or downward for a longer period. This reduces the chance of being caught by false breakouts. 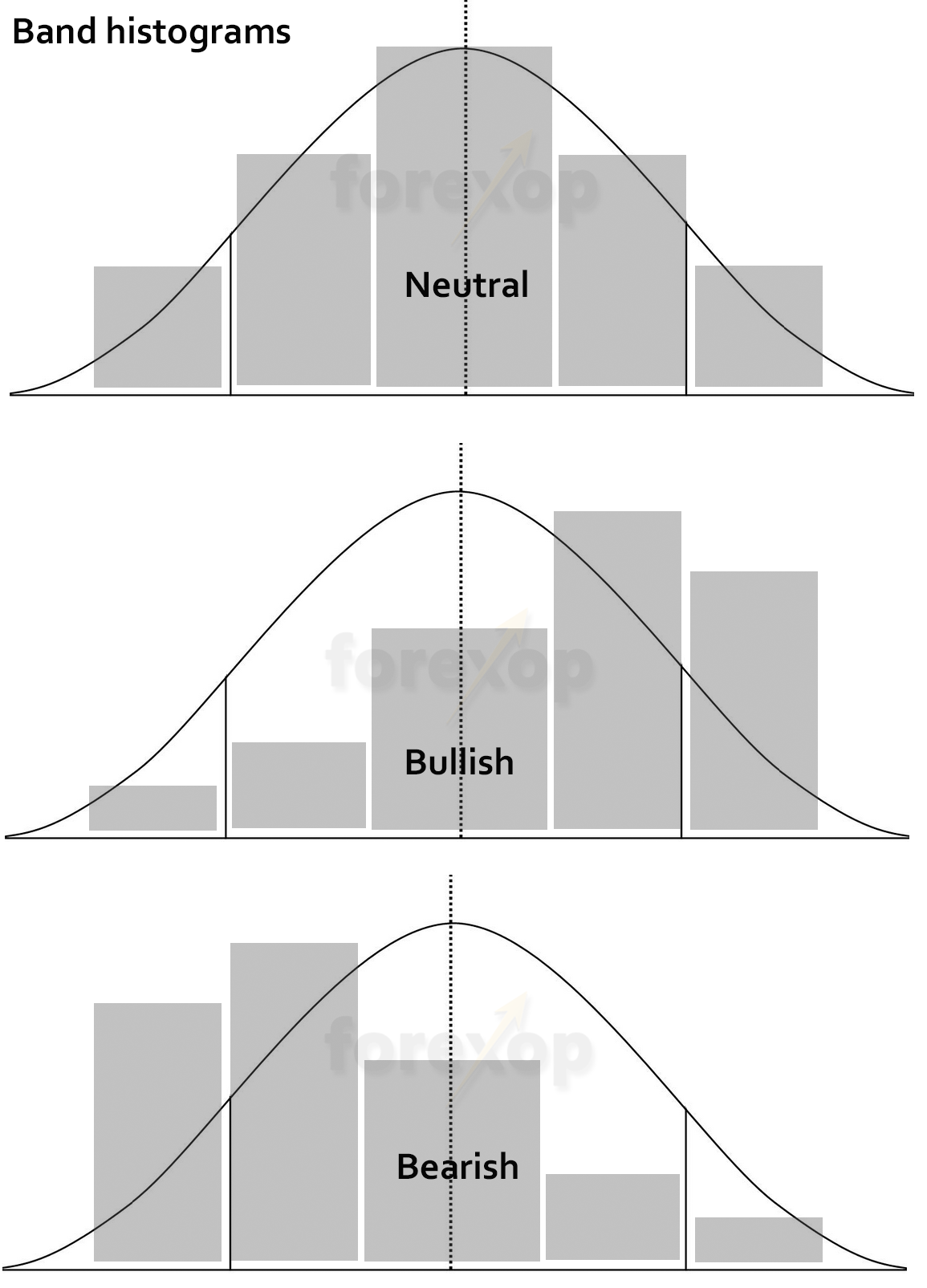 The trading rule is based entirely on the “5-band” histogram which is calculated at the current bar on the chart.

The trade exits are set dynamically. 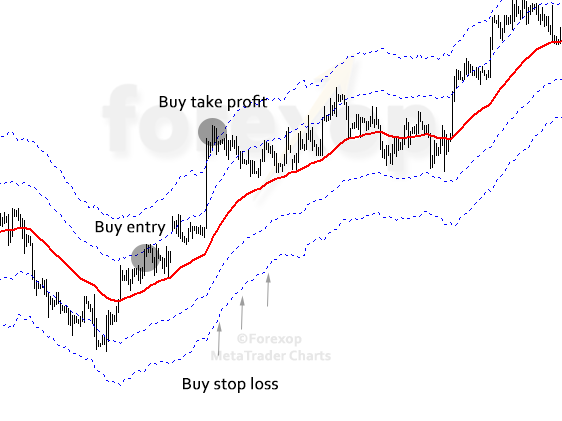 The sell side is the just the reverse of the above. The short position is closed if the price breaches the upper or lower of the outer Keltner lines.

I always put in a broker-side “hard stop loss” as well. This is just as a failsafe in case the dynamic stops fail to work for whatever reason.

I back tested the system on the four hour chart (H4) over a ten year period. The volume was again one micro lot per trade (0.01) and a maximum of five open positions at any one time.

In all of these tests the profit is greater than maximum drawdown. This does suggest that the histogramming method reduces the volatility of returns by reducing entries into false breakouts.

Figures 5 and 6 below show the returns for this histogramming method. Figure 7 shows the classic Keltner strategy using crossover. The returns in this example are significantly more volatile than when histogramming is used.

The number and quality of trades can be adjusted by changing the width of the Keltner bands. Generally speaking, wider bands produce few trades but of higher confidence than do narrower bands.

The Keltner channel indicator for Metatrader (MT4) can be downloaded here for free.