The term “credit spread” might sound confusing because it’s also the name for a trading strategy used by hedge funds and institutions in fixed income markets. 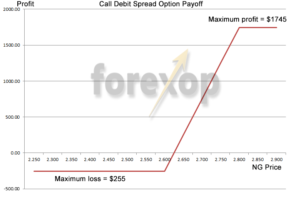 These setups can be traded on both the call and put side. On the call side, it is used to express a bearish or neutral perspective. Yet it can still yield a profit even if the price of the underlying increases slightly.

On the put side, the credit spread is used to express a bullish or neutral perspective. It can still produce a profit though in the event of a minor sell off.

For example suppose you have a slightly bearish outlook on natural gas (NG).

Let’s say you decide to sell a call credit spread in Natural Gas futures, with NG trading at 2.413. You would do the following trades:

So you would receive $340 on the short call, and would pay $85 on the long call. This trade results in a net credit since the premium on the option sold is higher. This is because it is closer to the money (more on the Greeks).

For this particular example, you would receive a net credit of $255.00 (minus fees). The maximum loss for this position is the width of the strikes between the sold and bought options, minus the credit received for placing the trade. 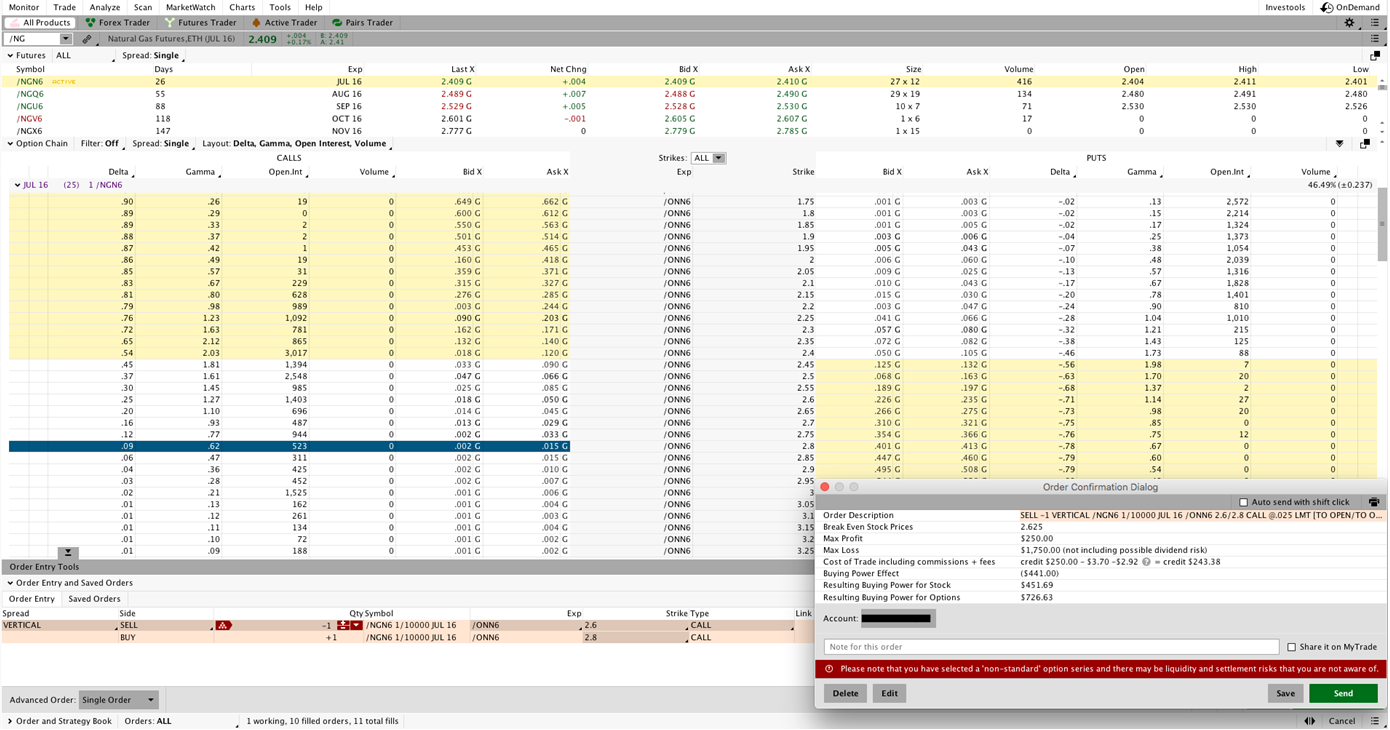 The diagram below shows the payoffs. 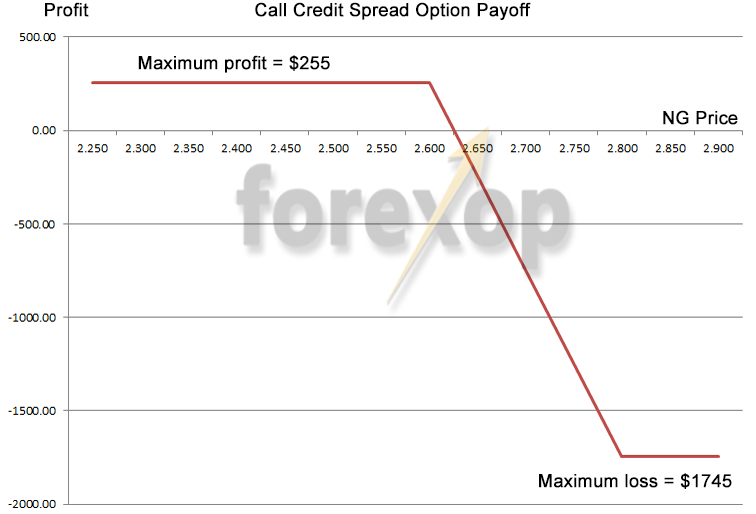 The aim with debit spreads is that the system will increase in value by becoming closer to the price of the underlying and, hopefully, be in-the-money at expiration. This would yield full profit.

So for the above example, if you now had a bullish outlook on NG you could do the following:

The diagram shows a bull call debit spread using the same scenario as above. 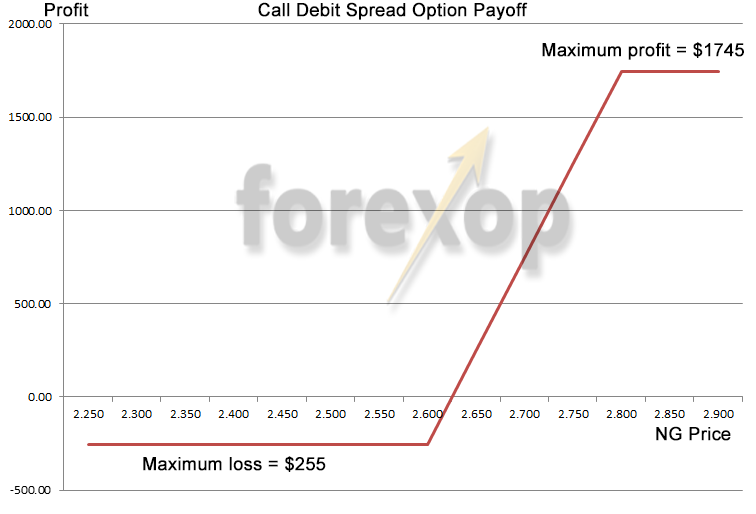 An example is as follows: