Home Trading Risks
Nobody sets out to loose money, however many traders will suffer a severe and sometimes a total financial loss within the first 6 months of trading. 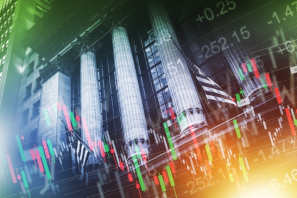 How to deal with trading losses © forexop
You may have seen these reports on the web. As traders we need to learn how to deal with loss. Looking at the human emotions of fear, greed and regret can help.

It’s often said that how you deal with your first major loss will define you as a trader. It’s reckoned that:

Which route you end up on will largely depend on your personality type. Though, if you read this and put it into practice, you may be able to change which direction you take or even prevent a major loss in the first place.

After a major loss, the majority of new traders give up. This is a fact of life. People in this group start trading with a rush of enthusiasm but a big deficit of experience. The first big loss is a major hurdle that most won’t have the willpower to overcome. It’s usually at this point it dawns on them that trading is far more difficult than they first thought. Sensibly, they decide they don’t have the time or commitment to follow it any further. There’s no shame in this.

The sign of the gambler-trader is that that they don’t see the error of their ways. The gambler won’t sit back and evaluate what went wrong or try to figure out what caused the loss in the first place. The gambler will just attack the market with more gusto. He’ll start taking bigger and more dangerous trades in order to try and win back what he’s lost. This is a destructive cycle and can lead to serious financial problems. If you recognize this in yourself or someone else it’s important to get professional help straight away.

After a major loss, this personality type will take time and take stock of what went wrong. This may take a few weeks or months of soul searching, learning and careful reflection. The end result is that this person will come out the other side with a new and more realistic perspective. They will have learned a valuable lesson from the experience. Most of these people go on to succeed.

Examining the Reasons for a Loss

If you experience a major loss it’s important not to get into the mindset of blaming the market or other external factors. When a trader makes their first significant loss it’s almost always to do with their own trading behavior.

If you find yourself in this position, the best thing to do is take a time out. Stop trading to clear your mind. With a serious loss, this may take several months. This time out will give you space to evaluate what went wrong and how to avoid the same thing happening in the future.

Look at your trading plan

Ask yourself this question. Are you finding that your trading losses are causing a significant emotional shock? If the answer is yes then the problem is not with your trading it’s with your trading plan. With a sound trading plan, a few losses on individual trades should never cause pain or even come as a surprise. Losses are the cost of being invested in the market. There isn’t a way to avoid them so it’s better to get used to them early on.

No doubt you’ll have heard of the warning “never trade with money you can’t afford to lose.” Not only is this sound practical advice, but obeying this rule will also make you a better trader. Ironically the more emotionally attached you are to “having to win” the more clouded and biased your trading judgement will become.

Are your expectations realistic?

One part of a valid trading plan is having an achievable goal. That means aiming for a realistic rate of return. Aim for single digit or low double digit percentage return per annum. That’s on your invested capital – before leverage. Anything higher than that isn’t trading – it’s gambling.

The more emotionally attached you are to “having to win” the more clouded and biased your trading judgement will become.

A trader can easily choose their win ratio by adjusting stop and take profit ratios. But they can’t choose their odds of winning or losing. A 90% win ratio might bolster your ego and make you feel good for a while. But remember those 10% losing trades will catch up with you eventually. And they’ll be big and painful.

Hedge funds and professional traders do not try to achieve 90% win ratios. What they try to do is tilt the odds in their favor. Just a bit. Remember, a strategy that can win 51% of the time with even odds will beat the market. A strategy that wins 99% of the time but with less than even odds won’t. Eventually it has to lose.

The upshot of this is as follows: If your trading strategy is achieving a high win ratio (above 50%), then you also need to prepare for those bigger losing trades when they do arrive. And they will. This should be done through correct position sizing.

All traders have winning periods, and losing periods. The winning periods may seem to go on forever and can give a false sense that the strategy is always going to win. But this is not realistic. Nobody consistently beats the market by much more than 50%.

Whatever your strategy is, if you factor in losses using the even-odds rule the chances are you’ll live to trade another day and won’t be caught by surprise.

Capital preservation is the name of the game – this comes before profits.

What often happens is that when a new trader experiences a long string of wins they’ll start to ignore basic risk controls. Overconfident, they ratchet up position size and leverage to maximize returns – on what seems like a “sure thing”.

But when you have a big chunk of your account at risk it becomes very difficult to make unbiased decisions. When things go south, this can lead to panic trading. This can mean doing things such as closing positions at the worst possible time or taking profits too early.

Using the right position sizes will allow you to deal with losses more easily. When you do have a few bad trades, it won’t put too much of your capital at risk.

When choosing position sizes you should always factor in the correlations between markets. For example say you have two separate trading positions of equal size and the correlation between the markets is high; 80% say. Really that is one big position because it has almost no diversification. When one position slides, so will the other.

Many professional traders use a measure called “value at risk” or VAR. Value at risk is useful because it quantifies exactly how much your entire trade book could lose within a certain time period. VAR does have limitations as revealed by the financial crisis. But is it better than burying your head in the sand and hoping for the best? Yes it is; in my opinion.

Work on a system

To be successful at trading does not mean making one or two spectacular wins with huge profits. Most professional money managers look to make small, steady incremental gains. They are happy to make a return of few percent each month. So long as this is repeated month after month after month. This is the difference between trading with a system and trading without a system.

With a trading system you know what to expect, you know the risk parameters; there should be no surprises. Most importantly you have something to evaluate if things go wrong.

Do you obsessively monitor your trades? If so you could be your own worst enemy. Studies have shown that traders who frequently check their own performance on average make less money than those who don’t. One explanation is from prospect theory which says that the fear of losses leads to poor decision making. This video by Veritasium explains it very nicely.

It seems to fly against common sense but having more information available can actually lead to worse trading decisions. The following is an extract from a study by Richard Thaler and others on risk taking:

Providing investors with frequent feedback about their outcomes is likely to encourage their worst tendencies.  The subjects with the most data did the worst in terms of money earned, since those with the most frequent data invested least in stocks.

Another explanation could be that frequent checkups leads to overtrading. And overtrading in itself is a known marker of negative performance.

Most of us experience a painful financial loss early on in our trading careers. It’s what happens next though that is important. A loss can be a great teacher when it forces an evaluation of what went wrong, and that leads to a changing of behavior. Fear of losses distorts decision making and this fear seems to be made worse the more information we have about our trades.

The only way to reduce this is with a proper trading plan where risk is well managed. The bottom line is that if each loss is causing you emotional pain, there’s something wrong with your trading plan.