Home Trading Learning
On the lookout for better capital returns, more people in recent years are being drawn to the foreign exchange market, also known as forex. The reasons are numerous but most notably these include:

The Basics: At the most basic level, foreign exchange is a market with high volatility, which leads to its inherently high-risk being mitigated by the lure of high rewards.

Learning How to Trade

To some, forex has become associated with work at home advertisements and software scams. While foreign exchange tutorials and software are not necessarily scams in themselves, the authors may charge a premium for basic information that leaves the consumer unprepared for the realities of such a complex market.

Tutorials and software alone are not adequate preparation for trading in such a volatile and unpredictable market.

Bots: In addition, there is an abundant choice of programs known as bots which trade automatically using software to execute a certain trading strategy. 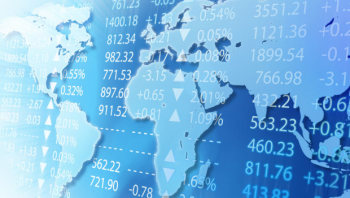 While there may be exceptions, many of these bots are poorly designed and implemented, and do not perform well in real conditions. Tutorials and software alone are not adequate preparation for trading in such a volatile and unpredictable market.

Basics of the Forex Market

You exchange these dollars, paying your broker a fee of 0.18, and at the end you have made a profit of 2.40 USD. Of course, if this was really the forex market you would likely have traded 100,000.00 USD or more, probably on margin, and the profit you made would have been closer to 2,400.00 USD. This is assuming the Swiss Franc didn’t happen to plummet instead, in which case you would have lost the money.

There are numerous online retail brokers that allow clients to open a foreign exchange trading account, some with low starting balances. Oanda and FXCM are two such examples.

FXCM has less freedom than Oanda for lot sizing and mobile options, but a more extensive trading platform. It shouldn’t be forgotten that in the world of forex, more freedom can actually just mean more rope to hang oneself with.

The foreign exchange market is big and always changing, and good traders need to be able to adapt with it. Being profitable over the long-run requires:

Above all, don’t be fooled by “magic trading techniques” promising easy and risk less profits. They don’t exist.

Be Skeptical: As always, there is no such thing as a free lunch. If it sounds too good to be true, it is…. And the second a man in a video starts telling you about the miracle of leverage and how it will turn a hundred dollars into a million dollars over the next year, run.