Home News
On November the 8th 2016 the people of the United States will vote in their next presidential election. What does this mean for the US dollar and the financial markets? 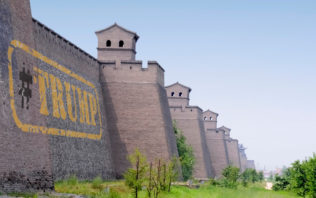 US election: Winners and losers © forexop

Which political system is best for the economy?

Mainstream media likes to make sweeping claims about the performance of the economy and the stock market. On one hand, you see reports that say the economy performs better when there’s a Democratic president. Then there are others saying the exact opposite. So what are we to believe?

This infographic from CNN Money is one such example and is based on a S&P Capital IQ study. It shows that US indices rose further when the President of the United States belongs to the Democratic camp. 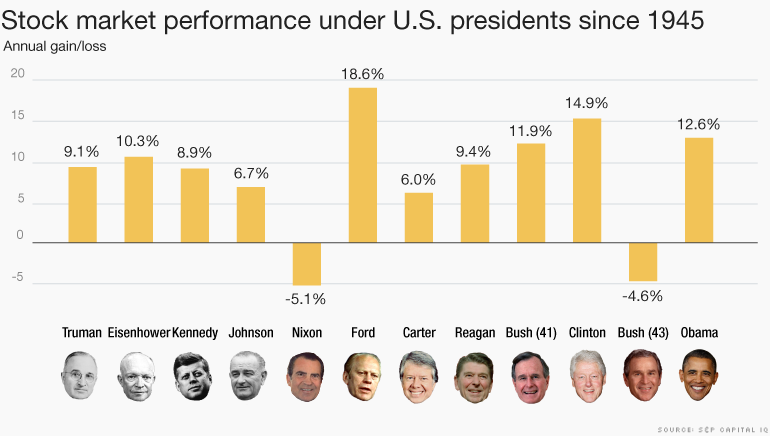 According to figures from Fidelity fund management analysts, equities have progressed on average by 10% annually when the presidents were Democrats, while equities rose only 1.8% with Republican presidents. Similar reports have appeared in the New York Times, Huffington Post and Forbes.

There is no evidence of a significant difference in stock performance based on which party is in power.

However even the authors of these reports admit much of this is down to luck rather than policy.

Democrat Bill Clinton’s presidency, which ended in 2001, oversaw the rise of internet technology and one of the biggest stock rallies in history. Unfortunately Republican George W. Bush saw the collapse of this bubble – as well as the corporate scandals that were born from this time of irrational exuberance – examples: Enron, WorldCom, Tyco and many others.

Bush’s presidency also spanned September 11th attacks and the global financial crisis of 2007–08. Analysts have suggested that the financial crash was fuelled by the Federal Reserve’s loose monetary policy as it tried to deal with the fallout from a collapse in the economy after the internet bubble burst.

Then in 2009, during Democratic President Obama’s term, equities saw a massive boost thanks to the FED’s quantitative easing program which lasted until 2014.

Once you take these exceptionals out, the picture is altogether different. The Federal Reserve’s own study, which is over a much longer period, concludes that there is no significant difference in stock performance based on which party is in power.

Historical analyzes obviously do not predict future performance: they take no account of the impact of monetary policy that the FED will apply in the months and years to come, or the evolution of oil prices. These are the two variables which currently have a strong impact on financial markets. Besides, this election is like no other – so there are no comparables.

The result of this election could create a great deal of uncertainty. In such times, you’d usually see a flight to quality – namely the US dollar and US treasuries.

However there are a couple of things that investors are worried about; particularly in the event of a Trump victory.

1) Would Trump give bond investors a “haircut” to write off some of the country’s massive debt? Certainly it’s a practice he wasn’t afraid to use in his real estate businesses – take Atlantic City.

2) Secondly, would he be seeking to proactively devalue the dollar? A course which could increase America’s competitiveness and address what he sees as an un-level playing field. To accomplish this end, would Trump shake-up the Federal Reserve and perhaps replace Janet Yellen with someone more directly under his control?

Even if Trump is elected, there’s no guarantee that he’d be able to push-through some of these more outlandish policies.

These acts could supercharge the US economy and revive the manufacturing sector. But it would come at the price of deep uncertainty and would weigh heavily on markets in the near term.

That said, even if Trump is elected, there’s no guarantee that he’d be able to push-through some of these more outlandish policies.

Hillary vs Trump victory: The winners and the losers

Whether the winner is Donald Trump or Hillary Clinton, there will be opportunities to make money. For this, it is of course necessary that the 45th American President respects the promises he/she has made to voters.

Let’s cover some of these opportunities.

The Democratic candidate has often stressed that drug prices are too expensive in the United States. Ultimately, this could lead to measures favourable to generic drugs, which already represent 85% of the drug market. Generic drugs have been made more available on the market thanks to the “Drug Price Competition and Patent Restoration Act”.

Conversely, drug prices could be revised downwards because prices are sometimes deemed as “abusive”. Large pharmaceutical companies would see their stock prices fall, if concrete measures should be passed to further regulate the price of their products, such as Merck, Eli Lilly, McKesson, Johnson & Johnson, Biogen, Pfizer…

Thus, Clinton’s will to facilitate access to care could lead to busier hospitals. Large providers of general hospital healthcare services such as Community Health Systems and Hospitals Corporation could be beneficiaries.

Clinton also claims that clean energies are very important to her. The Democratic candidate wants to install 500 million solar panels by 2020. The potential seems enormous for many companies in the sector, such as SunRun, a leading manufacturer in the United States. Other groups, such as SolarCity, Verengo Solar, Sungevity, SunPower, PetersenDean and Solar World USA could profit from this energy policy.

As I mentioned above, Trump has some extreme policy ideas which could have impact on the US dollar and bonds – and these would also impact other markets by extension.

Trump has also agreed to allow Medicare to negotiate drug prices with pharmaceutical companies to make them cheaper. He also thinks that “Allowing consumers access to imported, safe and dependable drugs from overseas will bring more options to consumers”, which may well weigh on prices of US products and their performances on the stock market.

Trump has promised to implement a clearly protectionist policy.

Trump wants to build a wall along the US border with Mexico to fight against illegal migration, criminals and drug trafficking. Trump insists that it is Mexico that will pay the price – some estimates speak of 15 to 25 billion. The first winners would be cement manufacturers like Cemex or Fluor. 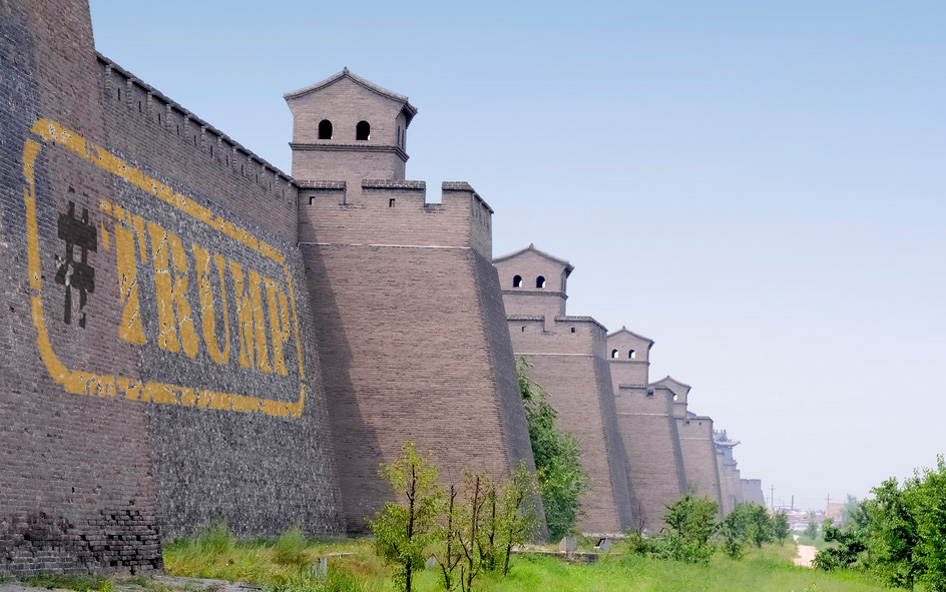 From his speeches it appears Donald Trump is actively opposed to free trade and will continue to work for the abrogation of trade agreements and the introduction of new tariffs and trade restrictions. He promised to implement a clearly protectionist policy. He wants, for example, to remove the US from the WTO. This could create a great deal of uncertainty in the near term.

SMEs should benefit from this protectionism because their activities are less globalized than large American groups. The Russell 2000 may perform better, as it is an index tracking the stock market from 2000 small caps.

Opportunities regardless who wins

Two sectors will certainly profit from whoever wins in November.

The first one will be the Building and Public Works sector. Both Hillary Clinton and Donald Trump plan to modernize aging infrastructure of the United States, with both proposing large investment plans: 275 billion dollars for Clinton and Trump vowed to double that.

Caterpillar is often cited as the group that should see its share price make the most of these projects.

Defence is also a sector in which both candidates want to invest, especially in regards to Russia and China. Companies from this sector could profit from this, namely Raytheon, Lockheed Martin and Northgroup Grumman.

The US dollar is currently close to its highest level in seven months as investors anticipate the next rate hike before the end of the year.

Assuming that the 45th US president begins to intensify its efforts in the Middle East, oil prices could rise. The stock prices of companies related to this sector could therefore increase, such as ExxonMobil, Chevron, Anadarko Petroleum, Devon Energy, Apache, Halliburton etc.

Congress will have the last word

If Donald Trump becomes president, he may be hindered by a Republican minority in Congress, which will prevent him from implementing some of his more extreme ideas.

This would be a good thing and would reduce turbulence on the markets.

But we could then enter a new phase of political stagnation in the US and the FED may opt for a status quo when faced with so much uncertainty. This would result in a weakening US dollar and possibly a period of risk aversion in the financial markets leading flight to alternative safe havens such as gold, JPY and CHF.

The US dollar is currently close to its highest level in seven months as investors anticipate the next rate hike before the end of the year – even if they don’t really believe that the FED will make a decision at its November meeting, a week before the presidential election.

If we see a surprise election result (Trump right now is the long shot) there will likely be a correction across a range of assets classes as markets face uncertainty and try to understand what the future holds.

For the shrewd investor, there are opportunities within the program of each candidate and certain industries and assets will profit from the situation, regardless of who wins.

This could be a good time to start hedging.