Home News
The Gold price tumbled this week to its lowest since the British people voted to leave the European Union. After touching its highest level in July 2016, close to 1380 dollars per ounce, Gold began to weaken and on Tuesday experienced its strongest decline in 3 years – a drop of nearly 3%. 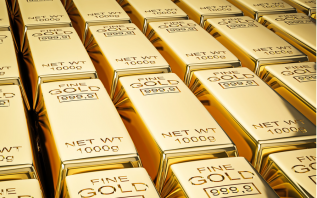 Gold and US interest rates © forexop

The precious metal has remained positive since the beginning of the year, with an increase of roughly 20%.

The Fed has hinted it is ready to act

The US dollar gained strength on the back of the higher probability of a rate hike at the next FED meeting. This week, several members of the FED spoke about the possibility of a FED Funds rate hike occurring sooner rather than later. According to them, the US economy is quite “ripe” to undergo a new rise in interest rates.

Loretta Mester (Cleveland FED) made it clear this week that the US economy was strong enough for a rate hike this year. She also specified that economists and investors do not take seriously enough the fact that each FOMC meeting is a “live meeting” and the November meeting should not be underestimated.

Charles Evans (Chicago FED) is confident and ready for the FED to raise rates before the end of 2016. It is of course necessary that the economic data released before FOMC meetings confirm the strength of the US economy and the direction of inflation towards its target of 2%.

Jeffrey Lacker (Richemont FED) mentions the increase in inflation as a reason for the FED to increase rates “faster than expected”.

Later today, statistics about the situation of US employment (Employment Report or NFP) will be closely watched and could cause volatility in financial markets. The rollout of subsequent rate hikes from the FED may also be affected.

These speeches have increased the likelihood of a rate increase sooner than expected and this has pushed the dollar higher. Indeed, the currency of a given country typically evolves according to the direction of monetary policy of said country. If rates are increased or if the monetary stimulus program is reduced, then the currency of that country tends to appreciate.