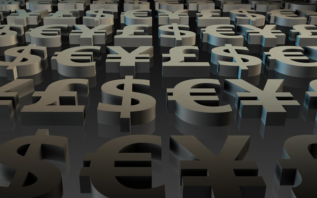 The BoE admitted that the immediate Brexit impact wasn’t as bad or strong as initially thought and it looks less pronounced than expected last month. Economic indicators released since the August meeting have shown a rebound, so “the Committee now expect less of a slowing in UK GDP growth in the second half of 2016”.

Nevertheless, the Bank still forecasts a sharp slowdown and is ready to cut its interest rate later on this year: “a majority of members expect to support a further cut in Bank Rate to its effective lower bound at one of the MPC’s forthcoming meetings during the course of this year.”

There have also been no changes in Switzerland monetary policy this week. The SNB kept its interest on sight deposits at –0.75% and the target range for the three-month Libor is unchanged at between –1.25% and –0.25%.

Remember that in order to implement its monetary policy, the SNB assigns a fluctuation in the three-month Libor in Swiss francs. The Libor (or London Interbank Offered Rate) is set daily in London for different currencies on the basis of information communicated by various international banks on interest rates they charge.

The SNB has slightly raised its growth outlook for the Swiss economy (around +1.5% of GDP in 2016, against +1% to +1.5% in previous forecasts), but highlighted that the Swiss franc is still overvalued and it could hurt profits from companies oriented on exports. Inflation still remains low at -0.4% this year and should come back into positive territory in 2017 (+0.2%) and accelerate in 2018 (+0.6%).

The kiwi remains strong, while the RBNZ is expected not to cut interest rates next week in view of strong economic data. The RBNZ governor seems to be waiting on more data to show whether inflation is moving up or not before cutting rate – perhaps at the November 10 monetary policy meeting and Monetary Policy Statement media conference.

The chance of a rate cut next week is priced at 8%, while the probability for a rate cut in November is 70%. This week we’ve seen growth figures being lower than expected for the New Zealand economy that grew 0.9% in the second quarter (market’s expectation: 1.1%). But 0.9% is faster growth than the central bank’s forecast at 0.8%. The first-quarter growth was also revised up to 0.9% from 0.7%. See NZDUSD.

This month showed negative data for the American economy, with retail sales and industrial production declining more than forecast, which has softened the expectations for an interest rate increase from the FED next week.

The evolution of the USD reflects the decreasing probability of a FED action next week (or even in the coming months) with the probability falling below 50%. The USD is losing ground after reaching its highest level this month because of more and more dovish comments from FED members, as well as disappointing economic data.