Home News
It was a quiet trading session for the first anniversary of China’s Black Monday on the 24th of August 2015. One year ago, concerns about the health of the Chinese economy, the second economic power behind the United States, had caused a widespread sell-off in global indices, weighing on global economic prospects. 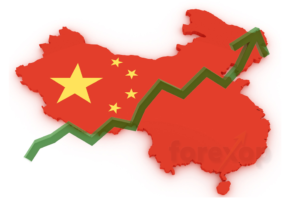 Investors feared a hard landing for the Chinese economy that continued to devalue its currency. Indeed, in the week of the 10th of August 2015, China lowered the Yuan relative to the US Dollar by 3%. This devaluation was then the most significant since 1994 and a depreciation of 40%.

In August 2015, the Chinese currency reached its lowest level in 4 years – this devaluation is seen as the method adopted by China to improve its competitiveness by reducing the value of its currency to boost exports.

As we said in a previous article about Currency War, a competitive devaluation is a situation in which a country decides to manipulate its currency to make it weaker in order to boost the competitiveness of its economy.

Today, the Chinese economy’s growth has slowed, and faces many challenges (not the least of which being a structural crisis), but this does not seem to be on investors’ minds anymore.

After reaching new highs this week, Wall Street is losing ground on Wednesday, due to oil and Janet Yellen’s pending speech at the Jackson Hole summit in Wyoming. Many central banks will be present and investors hope that Janet Yellen will give more indicators on the pace of increase in the Fed Funds rate in 2016.

The last FED minutes showed indecision among the FOMC committee members regarding the timing and the pace of the rate hike. Remember, Janet Yellen spoke of four rate hikes by year end 2015, now only one seems to be a possibility, due to the evolution of the FedFunds futures (a probability of 50% for a rate hike in December 2016).