Home News
After a two day meeting, the FED decided yesterday to leave its interest rate unchanged at 0.25% -0.50%. This decision was largely anticipated by market participants, who had feared the impact of uncertain economic consequences of the Brexit. 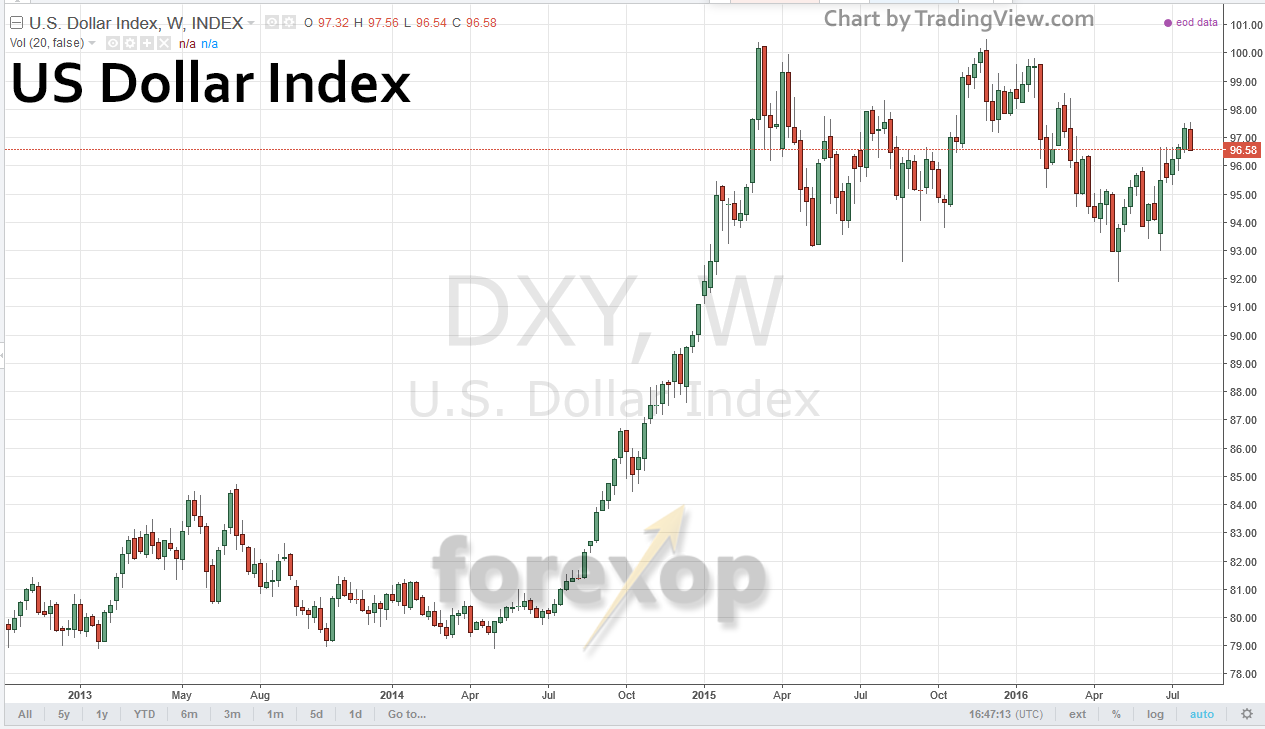 However, the FOMC’s optimism regarding US growth and the declining economic risks in the short term were a surprise. From this, we can now anticipate that the FED will continue its tightening cycle of the ultra-accommodative American monetary policy.

The slowdown in global growth, increasing volatility and instability of the financial markets and the uncertainty surrounding the British decision to leave the European Union no longer seem to affect the FED’s decisions. These reasons had previously forced them to delay a rate hike.

“Near-term risks to the economic outlook have diminished”- FED

There are still three monetary policy meetings in the United States in 2016: in September, November and December. November seems to be ruled out of expectations as the FOMC meeting will be held on November 1st and 2nd, before the US presidential election on the 8th of November.

Janet Yellen, however, had made it clear in March that “we are a nonpartisan, independent institution devoted to pursuing our congressionally mandated objectives, and I have never seen political views in any way influence the policy judgments that are made inside the Federal Reserve”.

The latest US job report (for the month of June) was more reassuring, after the disastrous figures for the month of May. Indeed, job creation in June hit the highest level since October 2015, with 287,000, compared to 11,000 for May – the lowest level in 6 years – while the average number of jobs created was 147,000 per month over the last 3 months.

As the FED noticed in its statement, “the labor market strengthened and that economic activity has been expanding at a moderate rate” reinforcing the idea that the weakness in May was only an “anomaly” and not the start a new trend.

The next employment report is due on Friday 5th August for the month of July (Bureau of Labor Statistics)..

Read our previous article about the meaning and the importance of the US job report.

Household spending – which represents nearly 60% of the GDP – “has been growing strongly”. On Friday, the Bureau of Economic Analysis will release the first estimate of the GDP for the 2nd quarter 2016, expected at +2.6%.