Home News
Like the Bank of England (BoE), the European Central Bank (ECB) has not changed its monetary policy at its first meeting since Brexit.

It left its refinancing rate at 0% – a record low, and its deposit rate at -0.4%. The ECB also confirmed that monthly asset purchases should be in place at least till March 2017, or longer if needed, at 80 billion euros. No discussions have been made on changing the rules about this asset purchase scheme. 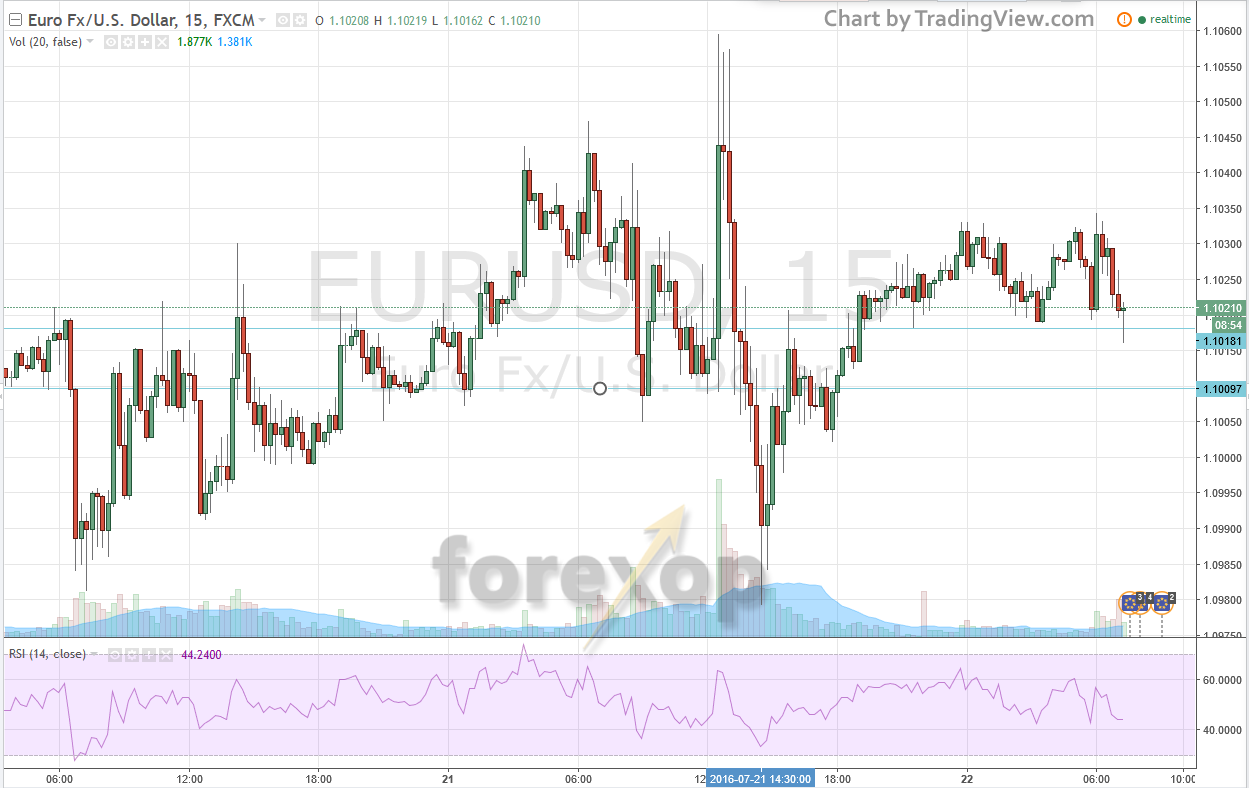 ECB and reaction on EURUSD © forexop

At its last meeting, the BoE noted that it needed time to be able to consider how the projections for the UK economy have changed since the referendum result. This is because there is not yet enough official data on economic activity covering the period since the referendum.

The ECB is also waiting to be able to gauge the impact of Brexit on the euro area’s growth before changing its monetary policy. Preliminary PMI statistics will be published on Friday 22th for July’s month, which will give us a first outlook of the direct impact of Brexit on manufacturing and service sectors in Europe.

Mario Draghi: “We concluded that we didn’t have information yet to take decisions, and we decided that over the coming months when we have more information including new staff projections we’ll be in a better position to assess the underlying macroeconomic conditions and no attention was really given to discuss specific instruments at this point in time”.

The ECB noted the resilience of financial markets in the face of recent uncertainties, and the high volatility that has been generated by the Brexit referendum. It also highlighted the role of central banks in managing market stress, thanks to their willingness to provide liquidity if needed.

Nothing particularly new in this press conference, with Mario Draghi still insisting that the ECB stands ready and has the will and the capacity to act (“readiness, willingness, ability to act”) to boost inflation and growth in the euro area. Nevertheless, Mario Draghi did say that public support on the issue of non-performing loans would be “very useful”, opening discussion on whether or not a public backstop could be provided for banks with more financial support.

September should be a more interesting meeting, as the macroeconomic situation since Brexit will have been further analyzed.