Home News
The Bank of England’s (BoE) Monetary Policy Committee (MPC) meeting on Wednesday the 13th of July was the BoE’s first meeting since the Brexit referendum. Contrary to investors’ expectations, the BoE with an 8-1 majority decided to keep its key rate at 0.5% – which has remained unchanged since 2009 – and to keep its asset purchase program at 375 billion pounds. 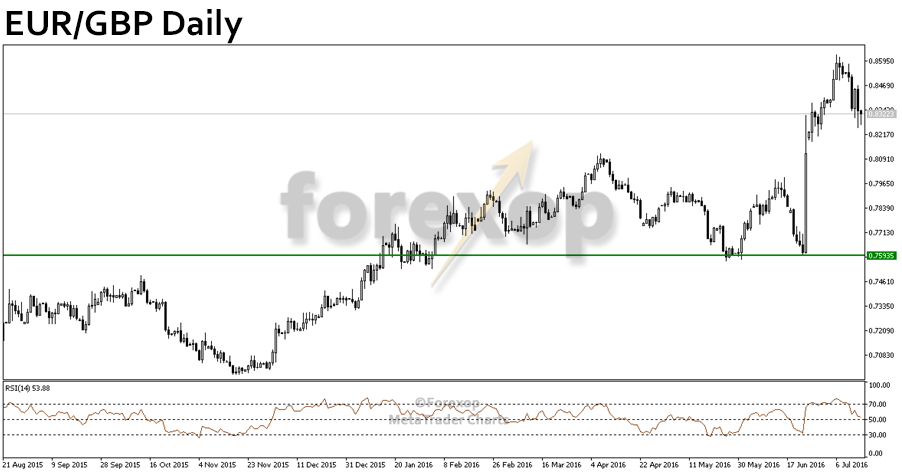 Gertjan Vlieghe is the only member who voted for a 0.25% reduction of the key rate. However, it is clear to the majority of the MCP’s members, that more monetary easing is expected in August.

No intervention in July, but the BoE should act next month

According to the MPC, “the precise size and nature of any stimulatory measures will be determined during the August forecast and Inflation Report round”. Indeed, the BoE will be able to consider in the coming weeks how the projections for the UK economy has changed since the referendum results.

The BoE’s Inflation Report is published quarterly and provides an analysis of the UK economy, its major trading partners as well as factors that influence monetary policy decisions. It also includes the latest MPC’s forecasts for inflation and growth.

This document therefore allows us to better understand the health of the British economy and its forecasts. Especially now that “official data on economic activity covering the period since the referendum are not yet available”.

Economic activity is expected to weaken in the short term and thus reflect the uncertainty surrounding the consequences of the Brexit. Indeed, the decline in business confidence will most likely hamper economic growth – not to mention consumer confidence, which has been strongly affected by the Brexit. All these uncertainties have played on consumer spending.

A post-Brexit British consumer confidence study by the GfK Institute published on the 8th of July showed the sharpest drop in 21 years. The confidence index from the 30th of June to the 5th of July went from 8 points to -9. According to the institute, the most affected sectors include travel, fashion, decorating, DIY and distribution.

Sterling at its highest in two weeks

The BoE’s decision not to increase its support for the economy sent the pound to its highest level in 2 weeks. The British currency gained 1.27% on Thursday, at 1.1997 euro and 1.40 % to 1.3321 US dollar. Today, the pound is still strengthening against its major counterparts.