Home News
Like the FED, the Bank of Japan (BoJ) left its monetary policy unchanged today, one week from the referendum on Brexit. The BoJ noted that Japan’s economy continued its moderate recovery, but the evolution of exports and production has been relatively soft, particularly because of the downturn in emerging economies. 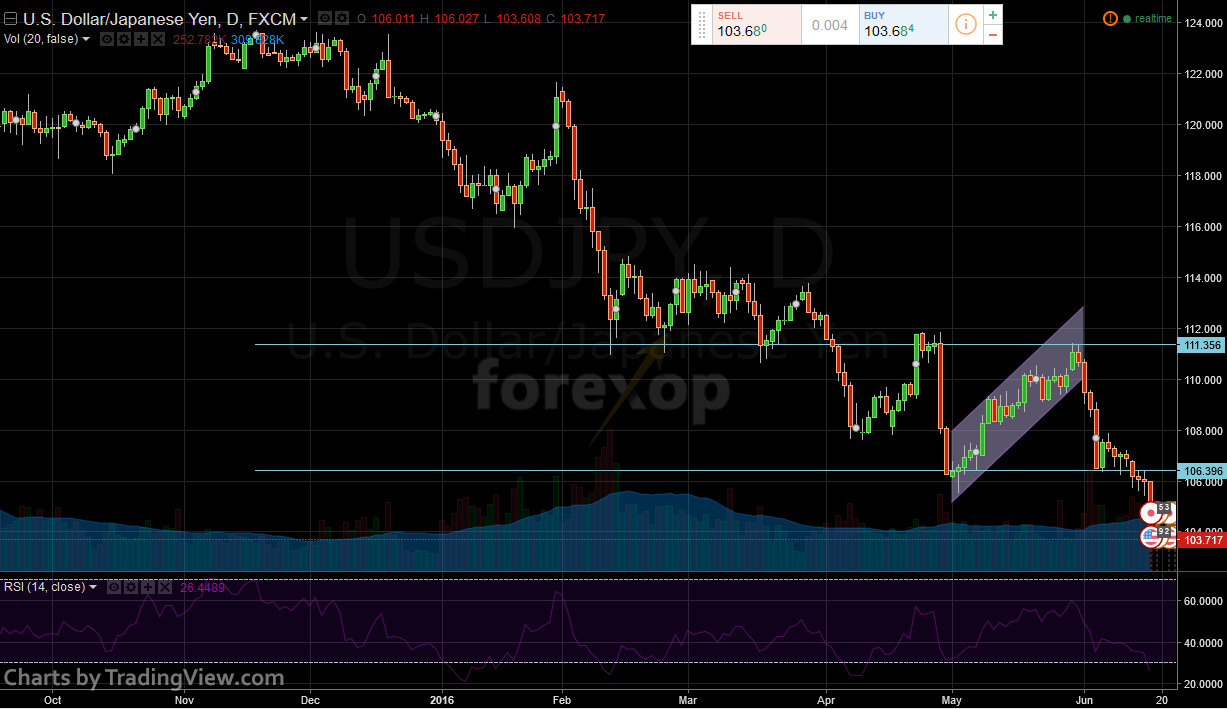 Japan’s GDP grew at an annualized rate of 1.9% in Q1 2016. However, Shinzo Abe confirmed in early June that it would delay the new increase in sales tax until October 2019 (from 8% to 10%) – previously slated for April 2017 – in a move that should help support consumer spending. This is the second postponement by Shinzo Abe. The tax increase was originally planned for October 2015. And that too was postponed in November 2014 by 18 months to April 2017, after the GDP declined for two consecutive quarters (Japanese economic recession).

In April 2013, the BoJ announced quantitative and qualitative easing measures (QQE) to achieve its inflation target to 2% by 2015. The BoJ then agreed to double its monetary base and the amounts of its purchases of Japanese bonds (JGBs) and ETFs in 2 years.

In October 2014, the BoJ decided to expand its QQE:

In January 2016, the BoJ announced the introduction of a third dimension to the QQE: a negative interest rate of -0.1% on a portion of current accounts that financial institutions hold at the BOJ. A three-tier system was adopted to minimize the direct impact on the income of financial institutions.

Inflation in April (core CPI excluding fresh food) remained low at 0.3% and the BoJ expects to see inflation close to 0% “for the time being”, far from its 2% target to be reached in early 2018.

Rise of the Yen

This decision has pushed the YEN to a 21-months high against the US dollar: the currency pair fell below 105 for the first time since August 2014. The evolution of the YEN is worrying for the heavily export focused Japanese companies, as this makes their products more expensive abroad. Recently, the Japanese finance minister, Taro Aso, indicated that the acceptable level was 109.

The US dollar was also affected by the decision of the US Central Bank not to change its monetary policy because of the “global economic and financial developments” that are being heavily monitored by the Fed, particularly because of the consequences they could have on the evolution of US growth and the path of inflation.

The Yen continues its rally © forexop

These risks are only taken into account when they can significantly change the economic projections of the Fed and therefore have an impact on US monetary policy. The Monetary Policy Committee was also more pessimistic about the evolution of US growth than projected in March (2% vs 2.2% for 2016). Conversely, inflation projections have been revised upward for 2016 (1.7% vs 1.6%).