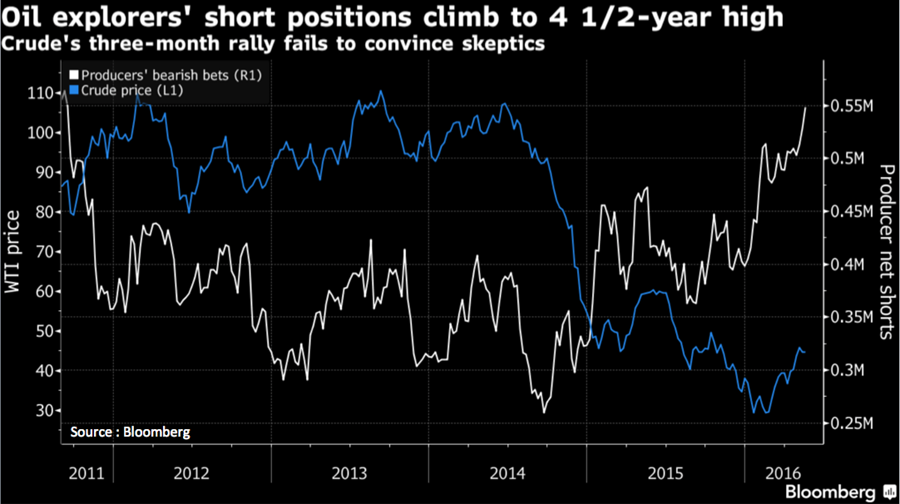 Goldman Sachs, the most bearish bank on crude, speaks now of a “oil shortage situation”

On Monday, the American investment bank published a note that describes a situation where oil demand is now outstripping supply. Goldman Sachs said that the recent crude oil production interruptions from major global producers such as Canada and Nigeria encouraged this situation and disrupted the global supply, when oil demand seems to be recovering.

Canada, which has the 3rd largest oil reserve in the world, has suffered through wildfires in the Alberta region, massively disrupting oil production in Fort McMurray. The consequences of these supply disruptions come to 3.75 million barrels per day according to Goldman Sachs. Tuesday, one camp of oil workers has been completely burned and Suncor Energy, Canada’s first oil company, had to stop all operations and evacuate all its labor camps.

Nigeria is the first African producer of crude oil, with 26% of total African oil production. Oil production in Nigeria has reached its lowest point in 20 years this week. The attacks and strikes in the country are not helping the oil sector, the country’s main source of income. Indeed, the oil and gas sector accounts for about 35% of the GDP and revenues from oil exports account for over 90% of the revenue of the total exports.

Yet, oil producer’s bearish hedges against the crude oil price are at it’s highest level since 2012

Data from the Commodity Futures Trading Commission (CFTC) shows that oil producers are protecting themselves against a further drop after the recent surge in prices. Their bets on a future price decline have reached the highest level in 4 ½ years.