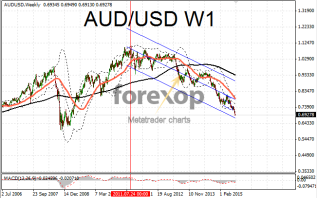 The US dollar was higher against commodity currencies on Monday. The greenback was trading up strongly against the Canadian, the New Zealand dollar and was breaking even on the Australian dollar.

Brent crude fell to $47.5 on Monday, a drop of nearly two dollars. Traders were positioning for more potential bad news as Chinese trade figures are due for release later today.

The head of the Chinese central bank attempted to “sooth” the market over the weekend. Whilst giving a speech at the G20 summit, Xiaochuan Zhou said the market correction had probably run its course. Zhou also said that the correction had had the positive effect of reducing the levels of “dangerous leverage” that some investors were applying.

USD/CAD extended its strong rally pushing back up into the 1.33 range. Some positive economic data has helped the Canadian “loonie” of late, but fundamentals in the commodities sector continue to drive sentiment in the pair.

AUD/USD remains depressed and trading just beneath the 0.70 barrier. The pair is extending the long term bearish rally. This has seen the Australian dollar lose close to forty percent of its value since 2011 when it was trading above 1.10 to the dollar. The yuan devaluation also has also depressed the value of the “Aussie” owing to the close coupling with the Chinese economy. The large trade flows mean that a lower yuan must be “reconciled” with a weakening of the Australian dollar.

The “Aussie” fared a little better against the yen today. AUD/JPY managed a weak rebound from the bearish rally and push up to 82.69. Nevertheless the pair has given up some 10 percent in the past month. This momentum is being driven by safe haven flows back to the yen and as carry traders continue to unwind long positions.

The New Zealand dollar has been tracking the Aussie southwards. It is suffering from a similar (if not more severe) set of headwinds. Long traders waiting for a bounce in NZD/USD were disappointed again today as the pair moved firmly into the red again. NZD/USD remains at a five year low at 0.6255.