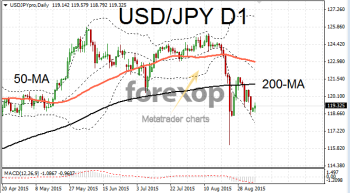 The euro was trading up against the US dollar on Monday. Friday’s US employment figures proved to be unspectacular and gave little support to the greenback. At 173,000 the headline figure for the nonfarm payrolls was firmly at the low end of forecasts.

Markets proved to be tetchy however with lack of volume due to US markets being closed for Labor Day.

Supporting the euro on Monday was some encouraging data from Germany’s manufacturing sector. Industrial production in Europe’s biggest economy was better than expected according to data released today. On an annual basis seasonally adjusted production was at 0.5 percent in July, beating the estimate of 0.3 percent.

Output for June was revised upwards which helped better the overall picture. The report released by the Statistisches Bundesamt Deutschland however showed that July’s output was slightly weaker than was expected at 0.7 percent on the month. This was versus an expected 1 percent increase.

EUR/USD continued a weak upwards trend rising to 1.1165. Two weeks of heavy selling had pushed EUR/USD firmly into oversold territory. With a lack of momentum today’s rise looks to be a bit of a kick back.

Less volatile markets and an exodus from safe haven currencies also helped to support the British pound today. Cable rallied by 0.7 percent. After tumbling nearly four percent in the past two weeks GBP/USD rebounded back up to 1.5283. Traders cited valuation as a reason to buy.

Yen and the Swiss franc also declined modestly against the US dollar. USD/JPY rose back to 119.31 as the greenback consolidated its recent gains. This came after a turbulent couple of weeks which saw USD/JPY sink as low as 116.12.

With a lack of any significant events in China, traders turned attention back to economic news. Japan’s leading indicators posted a modest decline in July according to recent data from the Japanese Cabinet Office. The index slipped to 104.9 percent from 107.2 a month earlier.

The Swiss franc followed a similar trend and softened against the dollar to 0.9756.