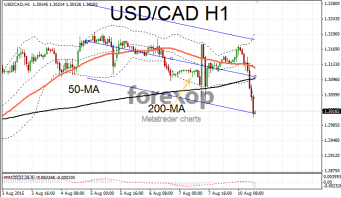 The Canadian dollar regained ground on Monday – this came as markets anticipated that the latest batch of soft data out of China will press authorities into a more aggressive set of stimulus policies. USD/CAD fell to 1.3093 a fall of more than one percent. Recent figures show that Chinese consumer inflation missed the official target of 3% by a wide margin.

Consumer inflation was reported to have increased to 1.6% in June. Also of concern was that factory prices continue to slide. Despite efforts by authorities to revive producer prices the amount oversupply of certain goods in the economy continues to force prices lower.

The Australian dollar saw some of the benefits of this turn of events. AUD/USD climbed back up to 0.7414. Sentiment was driven by hopes that any Chinese stimulus will benefit the Australian economy which is a heavy exporter of raw materials to China. AUD/JPY had another strong session with a move back up to 92.27. The pair was trading up around 103 as early as April this year.

On the longer weekly chart, AUD/JPY can be seen to have completed a rebound from the 200-week moving average and is ascending within the previous long term upwards range. This retracement zone also marks the 50% Fibonacci retracement line between the last major peak and trough. 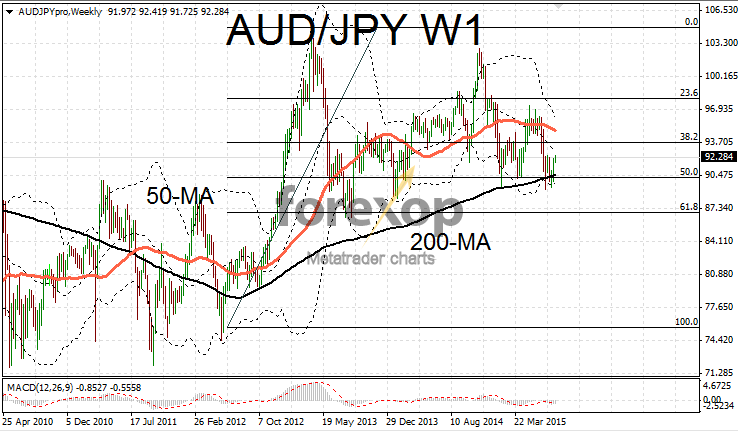 New Zealand’s dollars was slightly more subdued today but still saw a positive boost on hopes that Chinese authorities will react to the latest set of data. NZD/USD climbed back to 0.6616 but lacked momentum to break above resistance around the day’s pivot lines. The pivot level at 0.6620 offered a catalyst to sellers and the level promptly fell back to the lower support.