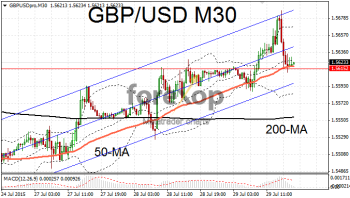 A strong rally in cable petered out midway through the session and the pair fell back to support at 1.5615. Resistance at the top of the trend channel proved to be too strong to breach.

Positive economic news came early in the day from a rise in the amount of consumer credit in June. Mortgage lending also increased above forecasts. The fact that credit is growing robustly may give the Bank of England more confidence to raise interest rates sooner.

Cable succumbed to profit taking however later in the session as traders took back profitable positions ahead of the US Federal Reserve’s statement on its monetary policy. A bounce came afterwards as the content of the statement didn’t indicate any notable change in position.

EUR/GBP was also pressured under the stronger pound and fell to 0.7065 and staying well below the 50-day moving average. 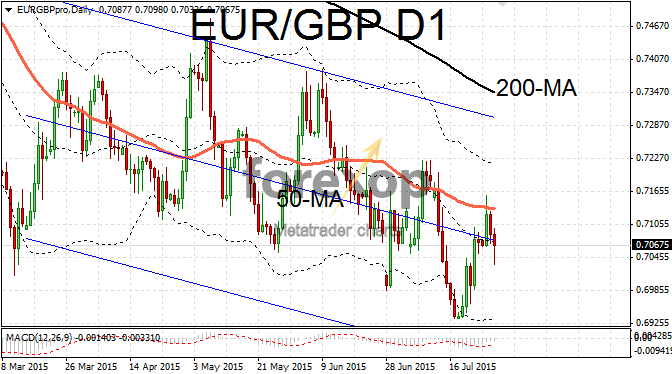 GBP/JPY rose to 193.45 rising well clear of the support area at 192. The extent of the rally in the pair (GBP/JPY) and the regaining strength of yen is curtailing gains and resisting moves back to the top of the range around 195.

GBP/CHF also extended its rally strongly closing back above the 1.50 line for the first time in four months. The Swiss franc weakened sharply against the euro under suspected intervention by the Swiss National Bank.