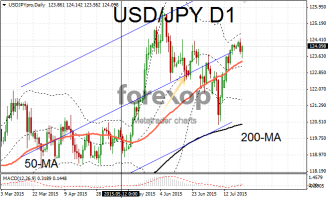 The yen was weaker today against the dollar and sterling after a business report showed that the Japanese economy continues to languish.

This is despite massive stimulus efforts by the country’s central bank.

JPY failed to see any bullish activity despite the Bank of Japan’s governor Kuroda giving a speech in which he said that he expects inflation to meet the official target of 2% in the first half of next year. The Bank of Japan is known for being overly optimistic in its forecasts and many economists think the targets are too ambitious.

The yen has weakened considerably this year after markets anticipated a further expansion in the bank’s quantitative easing strategy. However Governor Kuroda played down the prospects of a ramping up of the asset purchase facility in the near future.

The dollar received support after a set of numbers on the housing market. Existing home sales were up by 2.3% in June. The house price index also remained static at 0.4% though just shy of the expectation of a 0.5% rise.

The yen pushed higher against the euro taking EUR/JPY back to 135.3. The pair is meeting strong resistance at 135.9 and remains within a bearish range.

Clarity over Greece’s financial rescue has failed to bring respite to the single currency. Greece is unlikely to be able to repay its debts within the immediate future. The burden of the Eurozone carrying a weak and indebted financial casualty continues to weigh sentiment towards the euro.