Home News
The ONS today published strong figures for British retail sales for the month of October. The growth of these retail sales reached a 14 year peak, mainly due to cool temperatures and the Halloween holiday. 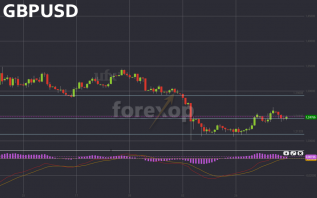 We had seen earlier in the week that the Consumer Price Index (CPI) in the United Kingdom was lower than expected, rising by 0.9% instead of 1.1%, which had weighed down the British currency.

With today’s statistics, the pound advanced for the 1st time in 4 days.

US dollar strengthens with rising probability of interest rates hike

Although the impact of the US election hasn’t yet been fully measured, one wonders what direction the US monetary policy will take. Janet Yellen, who is testifying before Congress, announced that the US economy was strong enough to undergo a further rate hike.

The FED could raise its rates in the “relatively close” future if the US economy continues to create jobs in a healthy and stable situation, and if inflation continues to progress towards its 2% target.

The US dollar appreciated strongly in anticipation of a rise in Fed Fund rates. After the election of Donald Trump, the dollar gained 3.5% over eight days. On Wednesday, the dollar reached a 14-year high.

On Wednesday, the pair reached 109.76 before going lower. Today, Japanese Prime Minister Shinzo Abe is heading for New York. He will be the 1st foreign leader to meet with the next president of the United States, Donald Trump.

Mr Abe insisted that “the alliance between Japan and the United States is the cornerstone of Japan’s diplomacy and security”, “the alliance can only function in confidence”. “I would like to build a relationship of trust with Mr. Trump and work hand in hand for the peace and prosperity of the world.”

It will be necessary to follow the evolution of this meeting to understand the stakes that this can have on the Japanese currency, as well as any comments that Donald Trump may make about the interventionism of the Japanese government on its currency market (Mr Trump has previously accused Japan of manipulating its currency). Nor should we forget that Mr Trump is not in favor of ratifying the TPP or the Trans-Pacific Partnership, which can impact trade deals and Japanese exports.