Home News
This week has been full of central bank meetings (Japan, Australia, USA), even if none resulted in a change of monetary policy. Today, we are still expecting the Bank of England decision.

The Governor of the BoE, Mark Carney, announced on Monday that he will leave his post in June 2019. This could have a positive effect in balancing Brexit consequences. 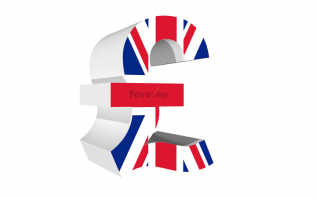 On the subject of Brexit the British High Court will rule today on whether the government can begin the formal process of leaving the European Union without a vote in parliament. The verdict will be at 10.00 UK time.

USA: elements for a future rate hike are strengthening

As forecasted by many market participants, the US Federal Reserve (FED) didn’t change its monetary policy, leaving its key rate (Fed Funds) between 0.25% and 0.50%. Participants are expecting a FED action at its next meeting on the 13th-14th of December.

Politics wasn’t a subject that was mentioned during this FED meeting. Even though the FED is politically independent, remember that the 45th president of the United States will be elected in a week, which could increase volatility and economic instability.

There were few clues indicating when the next rate hike may be in the FED press release. Inflation has risen slightly since early 2016, but is still below the 2% target. The job market is strengthening. We should monitor the evolution of the NFP report tomorrow. US growth is also important for the FED to be able to determine the pace of the rise in interest rates.

After a comprehensive review of its monetary policy in September, the Bank of Japan (BoJ) decided to redefine its monetary program by emphasizing the control of the yield curve of long and short term, rather than increasing its base monetary rate.

The BoJ kept its monetary policy unchanged this week, and also announced that the inflation target would be reached later than expected, in 2019. The BoJ also described the “price dynamic” as being less vivid than analyzed 3 months ago.

The Japanese currency has outperformed its counterpart currencies from developed countries in 2016. At the end of October, the Yen (JPY) rose by almost 15% against the USD. It is clear that this pair should be strongly influenced by future FED decisions and the US presidential election.

Philip Lowe, the new governor of the Reserve Bank of Australia or RBA, announced that interest rates would remain unchanged. He even said he was willing to endure some low prices especially in view of the rise in property prices in some cities (as in Sydney or Melbourne) and household debt.

In its statement, the new governor said that the Australian economy grew at a moderate rate. The significant decline in investments related to the mining sector is offset by growth in other sectors such as residential construction, public demand and exports.

Philip Lowe once again explained that the appreciation of the Australian currency (AUD) could complicate the adjustment of the Australian economy. A lower AUD would be beneficial for services such as tourism and education, which are very sensitive to changes in the aussie currency. These areas are now key sectors for Australian growth, which needs to move away from a mining-based economy.