Home News
The European Central Bank (ECB) has left its monetary policy unchanged at its last meeting, leaving its refinancing rate at 0% and its deposit rate at -0.4%. The ECB also confirmed that monthly asset purchases should be in place at least till March 2017, or longer if needed, at 80 billion euros.

Nothing new this press conference: let’s come back in December

If necessary, the ECB said it is ready to use all instruments available, though no discussions have been made on extending the Quantitative Easing Program. However, Mario Draghi said: “an abrupt ending to bond purchases, I think, is unlikely” and “we remain committed to preserving a very substantial degree of monetary accommodation”. 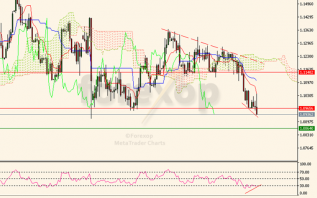 Scarcity in the bond market is now being discussed, and the ECB staff will review the Quantitative Easing Program scheme, to ensure that the Central Bank will not run out of bonds to buy.

Does it mean that we can expect a change in the longevity, the size or even the scope of asset purchases made by the ECB? According to a Bloomberg survey, the majority of the economists being surveyed expect the ECB to change its Quantitative Easing parameters at the December meeting.

Last Tuesday, the ECB published its 3rd quarter 2016 Bank Lending Survey (BLS): “loan growth continued to be supported by increasing demand across all loan categories in the third quarter of 2016, while credit standards remained unchanged for enterprises and eased for households”.

Of course, the current low interest rate levels is likely to increase the volume of loans with a Refi rate at 0%, but the negative deposit rate (-0.4%) weighs on margins that banks make on loans granted. Indeed, this is to discourage banks from depositing reserves in their vaults to the ECB and to encourage them to invest these funds in the form of credit to businesses and households, in order to revive the economy.

Mario Draghi has repeatedly said during his press conferences that monetary policy should have a direct impact on the economy through the banks, which must grant more credit. But there still needs to be real demand for loans…

EUR/USD at the lowest since the Brexit

On the foreign exchange market, the euro initially appreciated against the US dollar (1.0986 to 1.1039) before heading back down, hitting a low of 1.0918 at the time of writing – its lowest level since the Brexit.

The American Dollar at it highest level in 7 months

The American Dollar has been strengthening over the last 2 months, and is now close to its highest level in 7 months. Expectations of a rate hike before the end of year is pushing the USD higher. The FED’s Beige Book, published on Wednesday, showed a rather strong US economy. The economy is still growing, in most of the 12 US districts, in a “modest to moderate” path from late August until the beginning of October. The side effect of a strong dollar is the negative impact it has on American exports, as US products are more expensive abroad.