The Foreign Exchange market could be in for a major shake up. There has been increasing concern by financial regulators at how easily foreign exchange dealing is open to abuse by bank traders, particularly at the daily fixings.

The London fixing sets the reference rates used by banks across the world and directly influences prices of many of financial products, currency derivatives as well as transactions with clients. 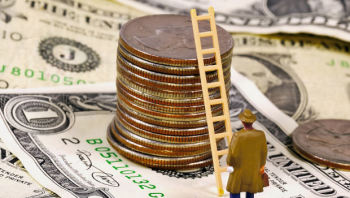 Rigging scandals: Storms ahead for the FX market? © forexop

The suspicions about market rigging have been growing louder in the last twelve months following several revelations of dealer manipulation around the fixings. The Financial Stability Board has been investigating dealer practices following these cases.

The UK The latest word is that the UK Chancellor, George Osborne, is working with the governing bodies to formulate a set of regulations that will reign in the FX markets. London accounts for over fifty percent of daily foreign exchange volume. The last thing the UK Government needs is another banking scandal. However, there has been growing pressure to create an international regulatory framework for the entire foreign exchange market for some time.

Several recent cases of front running at the fixings recently highlighted the ease with which currency dealers in banks can abuse their position as market maker. There are no exchanges in spot foreign exchange, which means trades are “over the counter” contracts priced and settled within the bank’s dealing systems.

Lack of transparency Unlike an exchange-traded product, this means the client does not have transparency in knowing how transactions are processed and handled through bank’s trading networks, and if he/she is receiving a fair price. In particular, there is nothing to stop the dealers/software from manipulating orders around the fixes so that only certain trades execute.

This can swing the rate in any direction and allow front running and manipulation of the fixing. New regulations will aim at making the whole process more transparent and subject to rigorous controls.