We see several risks on the horizon for the Euro. Data out of the Euro zone is painting a bleak picture of stagnation and deflation. On Thursday 18th, the ECB’s president Mario Draghi will make a statement to European leaders. He will make the strongest case yet for structural reform in the member countries. 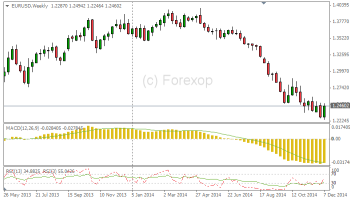 QE Will Not Be Enough

Monetary stimulus can only do so much. It is never going to be enough on its own to fix ailing economies like France and Italy. Labor markets in these countries need reform and public spending needs to fall.

Draghi is not expected to win political agreement. These issues highlight the problems of monetary union across member states with very different financial policies, economies and political cultures. This is why most currency unions have failed.

If that was not enough, we have yet another crisis brewing in Greece. Last week the Greek government surprised the markets by announcing to hold the election two months early. Already the weakest member in the Euro zone, Greece has only just started to recover from its last financial crisis.

Markets fear that if the left wing Syriza party, which opposes austerity, win it could destabilize the fragile economy and threaten bailouts deals. This sent shares on the Athens stock exchange tumbling 20% over two days and reaching a 27-year low. Ten-year bond yields soared to 9%.

The contagion is likely to be far less this time, because European banks are no longer as exposed to Greek debt.

The Euro has recovered from its lows earlier in the month now trading at 1.246. This is largely because of the sell off we have seen in the US Dollar. Given the event risks this week, we are cautious on the outlook for EUR/USD.

We will likely see selling pressure open again, and could see falls down to 1.23. We also have the German ZEW survey on Economic Sentiment out Tuesday and this may cause volatility.