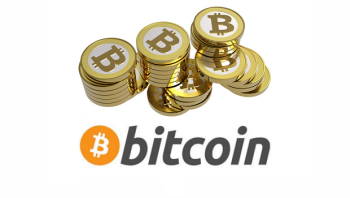 eToro is the latest online broker to allow trading in bitcoins. You’re now able to buy and sell the virtual currency through the social investment website.

Bitcoin was one of the biggest gainers last year. If you’d invested $100 in bitcoins at the beginning of 2013, your investment would have been worth around $6,500 by the end of the year.

But the world’s biggest crypto currency remains extremely volatile. Bitcoin is anything but a “safe” investment now that China seems to be intent on killing it off.

Bitcoin is a virtual currency that can be used to make and receive electronic payments. In addition to the security and anonymity features, one of the key advantages is that transaction fees are much lower than regular money transfer agents.

Bitcoin isn’t managed by a central bank or a single country. It’s maintained by an open community.

In December the value of bitcoins plummeted by more than 50% after China announced restrictions on payment providers dealing in bitcoins. The restrictions effectively make it much harder for Chinese shoppers and investors to convert their bitcoin into their own currency.

To add to the worries, Chinese retailers are cracking down as well. Alibaba recently banned the use of bitcoins on their websites – more online retailers look set to follow as a result of pressure from authorities.

The outlook for bitcoin in 2014 remains just as uncertain.

Excessive volatility could open up good trading opportunities. It remains a high-risk play but one to watch.